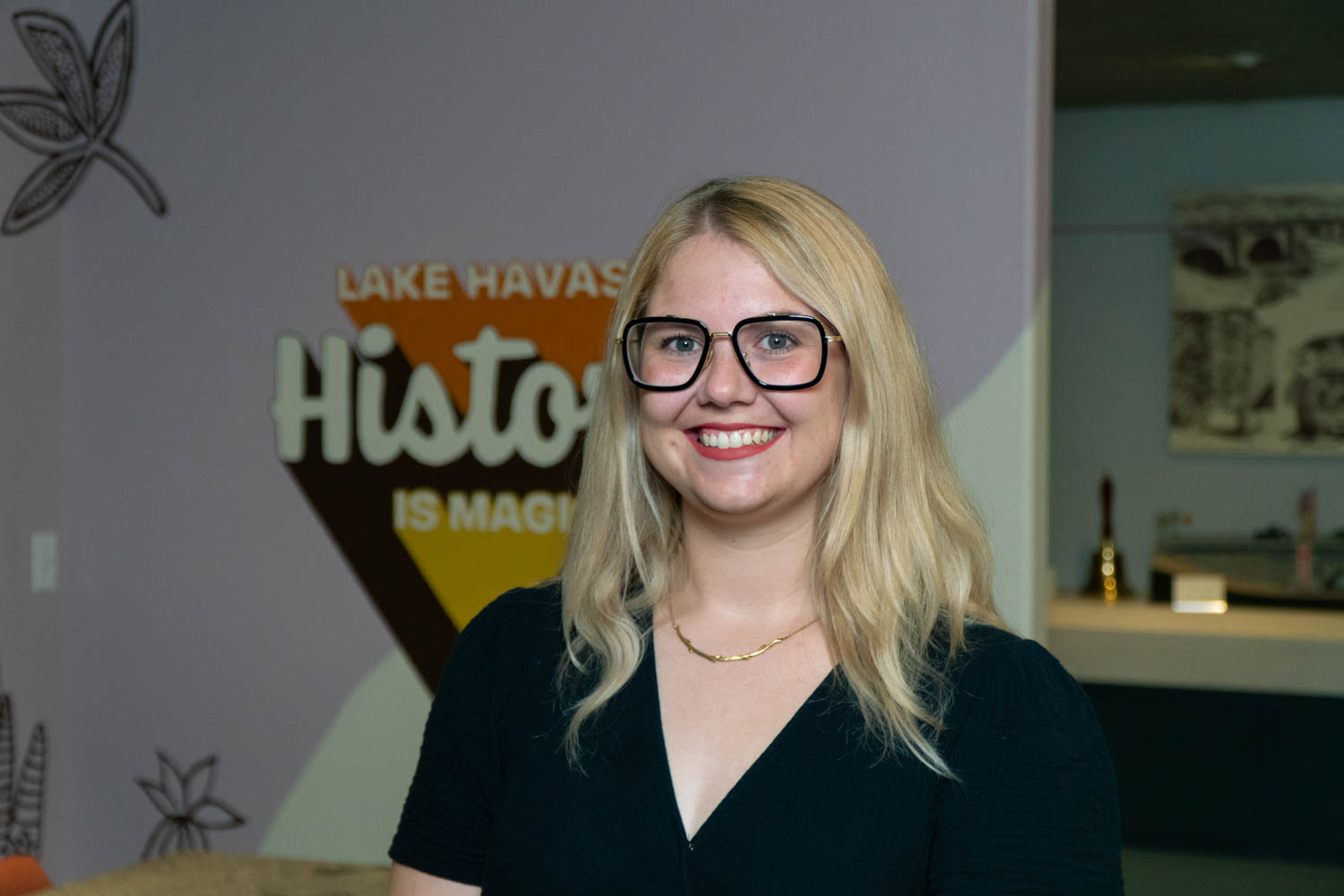 MOHAVE COUNTY – After graduating high school, Jillian Usher didn’t know what she wanted to do. After moving away from home and coming back to Lake Havasu City, a friend recommended she go back to school. Usher decided to take one class at Mohave Community College where she eventually earned her Associate of Arts in Liberal Arts.

Usher completed her degree in 2018. While attending MCC, she was part of the Phi Theta Kappa Honor Society on the Lake Havasu campus. Being part of the organization, she was able to build strong friendships and small community for support.

“I’ve always enjoyed volunteering and giving back and being involved I’m the kind of person that likes to do many things at a time and jumping into an organization or club and helping out,” Usher said.

She said the comradery of PTK made it possible for her to have really close friends that she still keeps in contact with today.

Her passion for volunteering didn’t stop after leaving MCC, she volunteers in her community where she has shared her time helping at First Friday events, the Special Olympics and Creative Comrades, a community of freelancers, entrepreneurs and creative professionals in Lake Havasu. She is also a member of the Lake Havasu Gem and Mineral Society.

Not only was she a student at MCC, she also worked in the Student Success Center as an English tutor and the coordinator.

Usher went from class to career after completing her degree. She started out as a freelance writer, now she is working at the Lake Havasu Museum of History as the interim director.

At the museum she is involved with the education program where she teaches children about the different exhibits, the live animal program and museum skills, like building an exhibit.

“My favorite thing about my job is that I keep learning new things, exploring different ideas and philosophies every day is new and every time we get a new exhibit I get to learn new things and it’s really exciting,” Usher said.

She graduated with her associate degree and did not have any college debt. While at MCC she worked full-time and was able to pay for her education out of pocket because of the affordable tuition.

“MCC is so affordable I paid for all of my classes out of pocket it was really great and that’s something I couldn’t even fathom at a university,” she said.

Usher’s involvement didn’t end when she graduated, she is a member of the MCC Foundation where she is the chair for the Lake Havasu City chapter. She enjoys being involved with the community where she grew up and being part of an organization that gives back to MCC students.

“The group of volunteers are really involved, care and try to help build MCC to what it wants to be and put love and financial support behind it because vision needs funding and its great to be part of it,” she said.

Usher’s advice for high school students who are not sure about the career they want to pursue is to take time to figure it out.

“Taking classes at MCC is a great way to continue exploring and looking, and I think community college really puts that control in your hands,” she said. “I was able to talk with my instructors directly and talk with other students and be really involved at the college, so that opened opportunities, while allowing me to figure out the direction I want to take in life.”

Usher was born and raised in Lake Havasu City and graduated from Lake Havasu High School in 2013. In her free time, she enjoys showing her creative side by water color painting, embroidery and writing. Usher also takes time to enjoy the outdoors by hiking and rock hunting.

Those interested in becoming an MCC student are encouraged to fill out the free online application at Apply.Mohave.edu, or visit a nearby campus for assistance.  The college is currently enrolling students in spring and summer semesters, which begin January 18 and May 24.  The college Call Center can be reached at 866-MOHAVECC or 866-664-2832.

Jillian Usher is a Mohave Community College alumnus and MCC Foundation member. She is currently the Interim Director at the Lake Havasu Museum of History.