Skip to Content
About Mohave Community CollegeDistrict Board of Governors

District Board of Governors

District Board of Governors 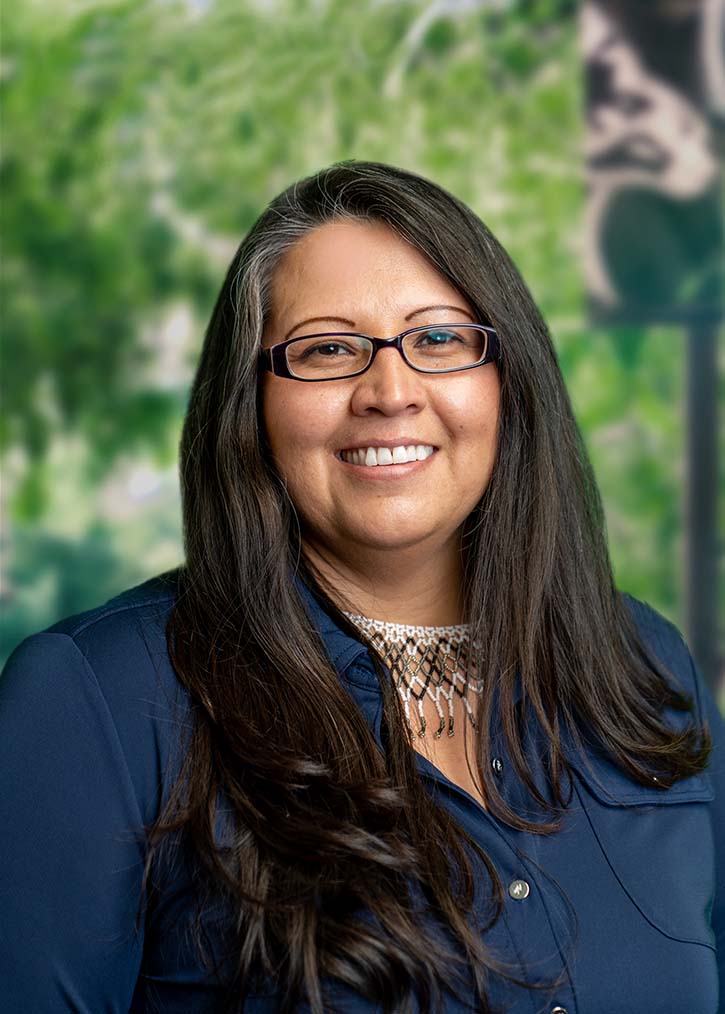 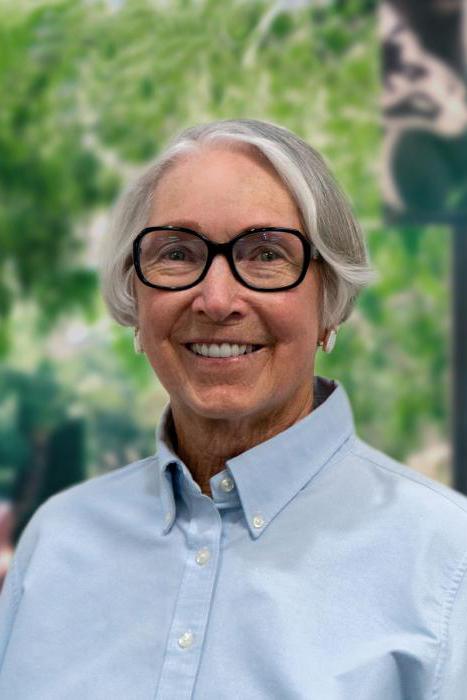 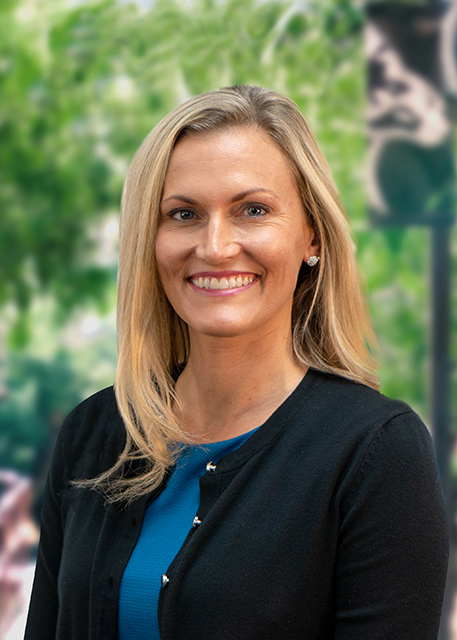 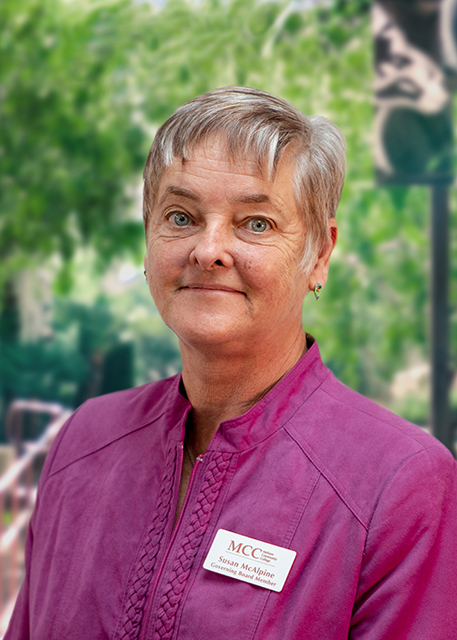 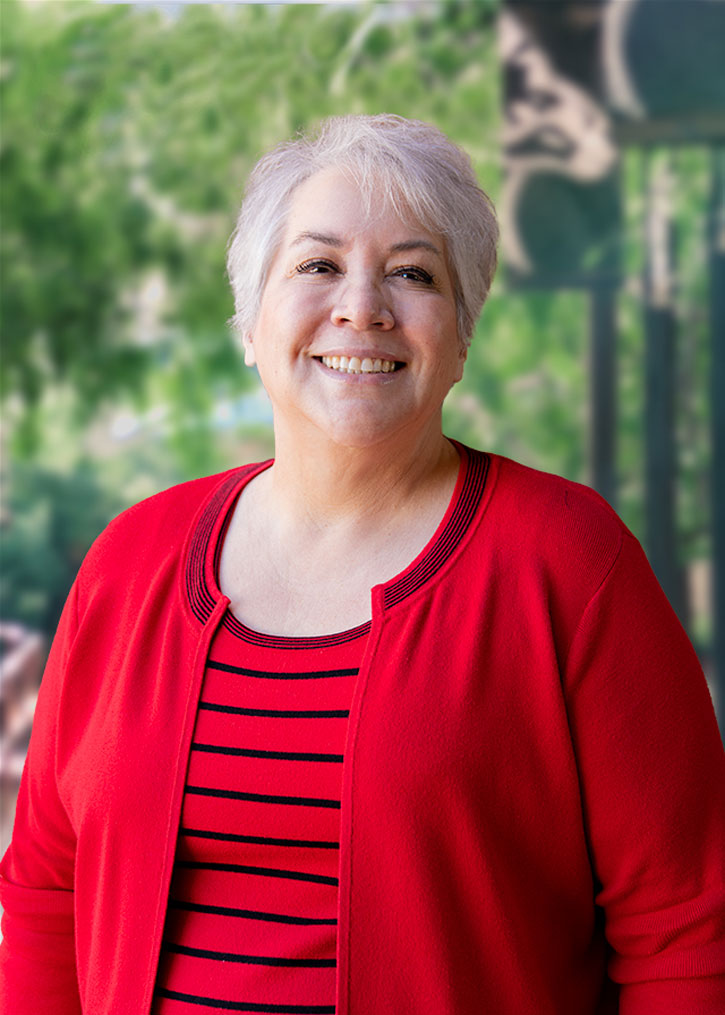 
Candida Hunter is Hualapai and Mexican and serves as Senior Director of Tribal Affairs for First Things First (FTF). Candida is a fellow of the Flinn-Brown Civic Leadership Academy focused on expanding the cadre of Arizonans in state-level civic leadership positions with the knowledge, skills and commitment to address the state’s critical long-term issues. She is a fellow of the BUILD Equity Leaders Action Network which works to promote racial equity in early childhood systems. Candida is the FTF representative on the Arizona Advisory Board of Indian Health Care and also serves as the Vice Chair of the Grand Canyon Resort Corporation Board of Directors.  She previously served on Northern Arizona University’s Southwest Health Equity Research Collaborative Advisory Board and served on the Center for Excellence Infant Early Childhood Mental Health Consultation Tribal Workgroup Committee. Prior to joining FTF, Candida served as a Hualapai Tribal Council member and a volunteer on the FTF Hualapai Tribe Regional Partnership Council and several other community groups. Candida was also named as a 2018 winner of the Native American 40 Under 40 award by the National Center for American Indian Enterprise Development and is a Global Leader for Young Children at the World Forum Foundation. In her free time, she enjoys spending time with family, traveling and volunteering. She is a mother and aunt, a human services professional and former policymaker who strongly believes the success of future generations begins in the early years of life. The term expires December 31, 2022.

After retiring from a 30-year career as an educator in the Bullhead City public school system, Dr. Bare had a sincere interest in serving the community as a Governing Board member for Mohave Community College. In 2020, she was elected to represent District 2 for a third term, which encompasses all of Bullhead City. Julie values the opportunities provided at MCC, and respects the supportive learning-centered culture of each campus. A resident of Bullhead City since 1965, the opportunity to attend MCC while she was a housewife and mother, led to her first degree. In 1975, she graduated from MCC with her associate degree, and later transferred to Northern Arizona University where she completed her bachelor of science, master of arts, and doctorate in educational leadership degrees. The term expires December 31, 2026.

Ashley Pascual was born and raised in Lake Havasu City.  While attending Lake Havasu High School and post-graduation, Ashley attended Mohave Community College through dual-enrollment and summer courses.  After receiving a Bachelor’s Degree in Psychology with a focus on Family Studies and Human Development at Arizona State University, Ashley began working with families involved with the child welfare system and she realized the desire to help better the lives of children.  As a Certified Parenting Strategies Trainer, Ashley trained foster and adoptive parents throughout Arizona.  Ashley then coordinated community partnerships to support early education throughout central Arizona before returning home to Lake Havasu City.  Since returning to Lake Havasu in 2008, Ashley has served the tax payers of Arizona by addressing community needs while maintaining local control over government resources throughout Mohave, La Paz and Yuma Counties. Ashley volunteers on various committees and boards, including the Lake Havasu City Parks and Recreation Board.  She also volunteers her time as a Certified Tourism Ambassador trainer for Lake Havasu City.  Ashley is a Certified Public Manager through Arizona State University’s Bob Ramsey Executive Education.  She also has a Master’s Degree in Negotiation, Conflict Resolution and Peacebuilding from California State University Dominguez Hills.  Ashley and her husband are raising their two children in Lake Havasu City. The term expires December 31, 2024.

After serving several years as a board member on the Mohave Community College Foundation in Kingman, Susan McAlpine decided she wanted to use her extensive background in Volunteer Management and Adult Education to help the college as a whole. As a Trustee on the MCC Board of Governors, she represents the people of District 4, which includes Kingman, Dolan Springs, and Golden Valley.  She is a strong supporter of the college and its foundation and supported the development of a foundation endowment to assist non-traditional students and veterans needing assistance in completing their education. She holds a Bachelor of Science Degree in Secondary Education and earned her Master of Instructional Design from the University of Massachusetts. Prior to relocating to Arizona 14 years ago to escape the Massachusetts winters, she was responsible for the development and implementation of a highly successful Civic Engagement and Service Learning program at Mount Wachusett Community College. She is credited with much of that program’s success, in part because of her knowledge and team building skills.  As District #4 Trustee, she plans to make a positive contribution and use her expertise to ensure fiscal responsibility and that support staff and faculty maintain a classroom first approach. She will also work to make sure any new programs that are proposed are tied to documented evidence of employment opportunities in Mohave County. The term expires December 31, 2024.

Dr. Singer holds a Ph.D. in higher education leadership from Claremont Graduate University, a master’s degree in educational technology from Pepperdine University, and an MBA from the University of LaVerne. Dr. Singer has been an educator since 1994. She is on the faculty of the University of Massachusetts and serves as a faculty associate at the Arizona State University campus in Lake Havasu, teaching marketing and business administration Dr. Diane Singer is an experienced transformational school leader and innovative student-centered teacher who prioritizes equity for all students. A former associate dean, she led the development and implementation of educational programs that serve nontraditional adult learners and academically diverse students with accessible, affordable, quality education, both online and in the classroom. Dr. Singer’s favorite place is in the classroom, working with students. She is committed to educational programming that improves outcomes and prepares students for advanced degrees, professional careers, and vocational pathways. Her expertise includes competency-based education, educational technology, universal design, assessment, digital credentials, and faculty development. She is incredibly proud to help first-generation college students, active-duty and veteran students, and other diverse and underserved populations earn college degrees. Dr. Singer especially enjoys supporting working mothers who seek to advance their careers by returning to school. An avid reader, hiker, and water sports enthusiast, mother of two grown sons and three dogs, Dr. Singer, lives in Lake Havasu City and is married to a law enforcement executive.