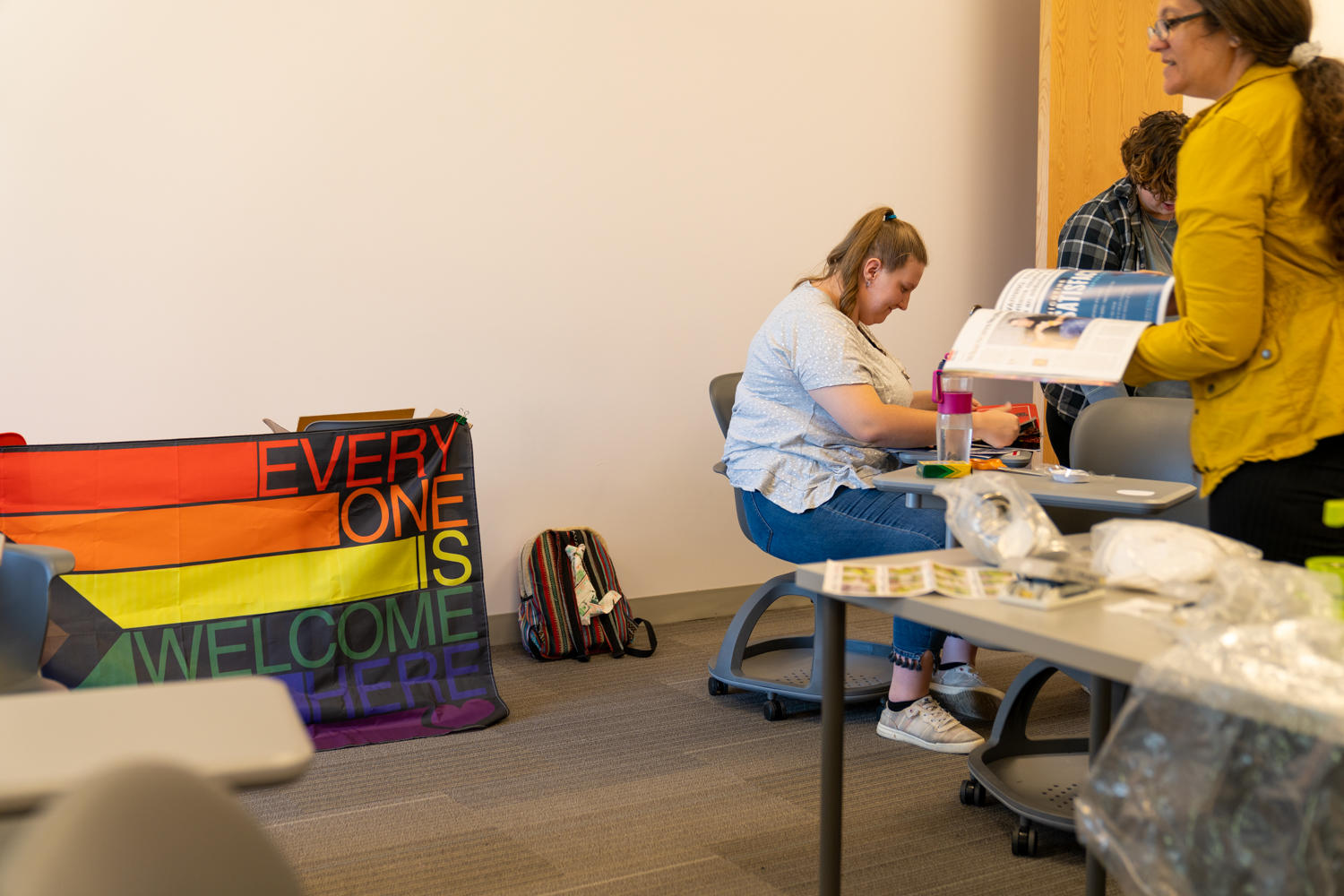 “We know how important it is for students to have places to express themselves one student even mentioned ‘I think people really want a space of their own,'” Holland said.

“It’s important to have more diversity on campus and to provide LGBTQ+ students a safe space to get together and do fun things with accepting people,” said Hoffman, a Life Science student at MCC. “I have big dreams for the future of this club and allies and queers alike are welcome to come.”

The Club is for MCC students, staff, faculty and alumni who are in the LGBTQ+ community and those friends and family who care for them. The Kingman club currently has 17 members and four officers. The Lake Havasu chapter has its first meeting at noon Nov. 17 in room 1220 and via Zoom.

Providing the opportunity to have this club on campus falls in line with MCC’s Strategic Plan Strategy 3 Objective 3.5: Implement support services and activities aimed to increase the educational and personal success of underserved student populations.

“LGBTQ+ students disproportionately experience exclusion and alienation, which impacts their mental, physical and emotional health. Our club officers have already identified goals to advocate on behalf of themselves and others,” Roper said. “A few goals include allowing MCC community members to use their preferred name on MCC communications, providing ally ship training, and implementing a non-gendered bathroom on the Kingman campus.”

To learn more about the Kingman chapter, contact Erin Roper at ERoper@mohave.edu or Trever Holland at THolland@mohave.edu. Those on the Lake Havasu campus can contact Elizabeth Mahler at EMahler@mohave.edu. 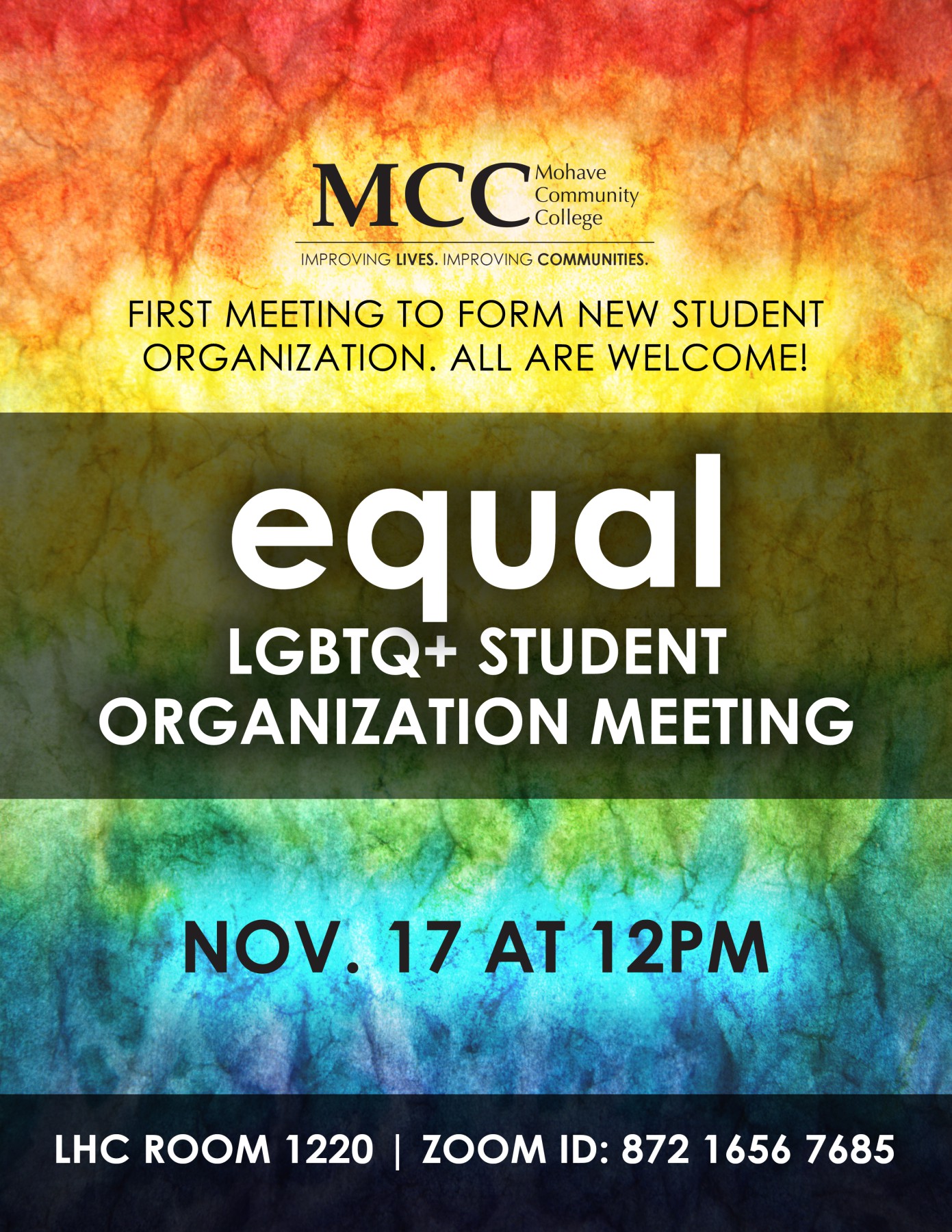