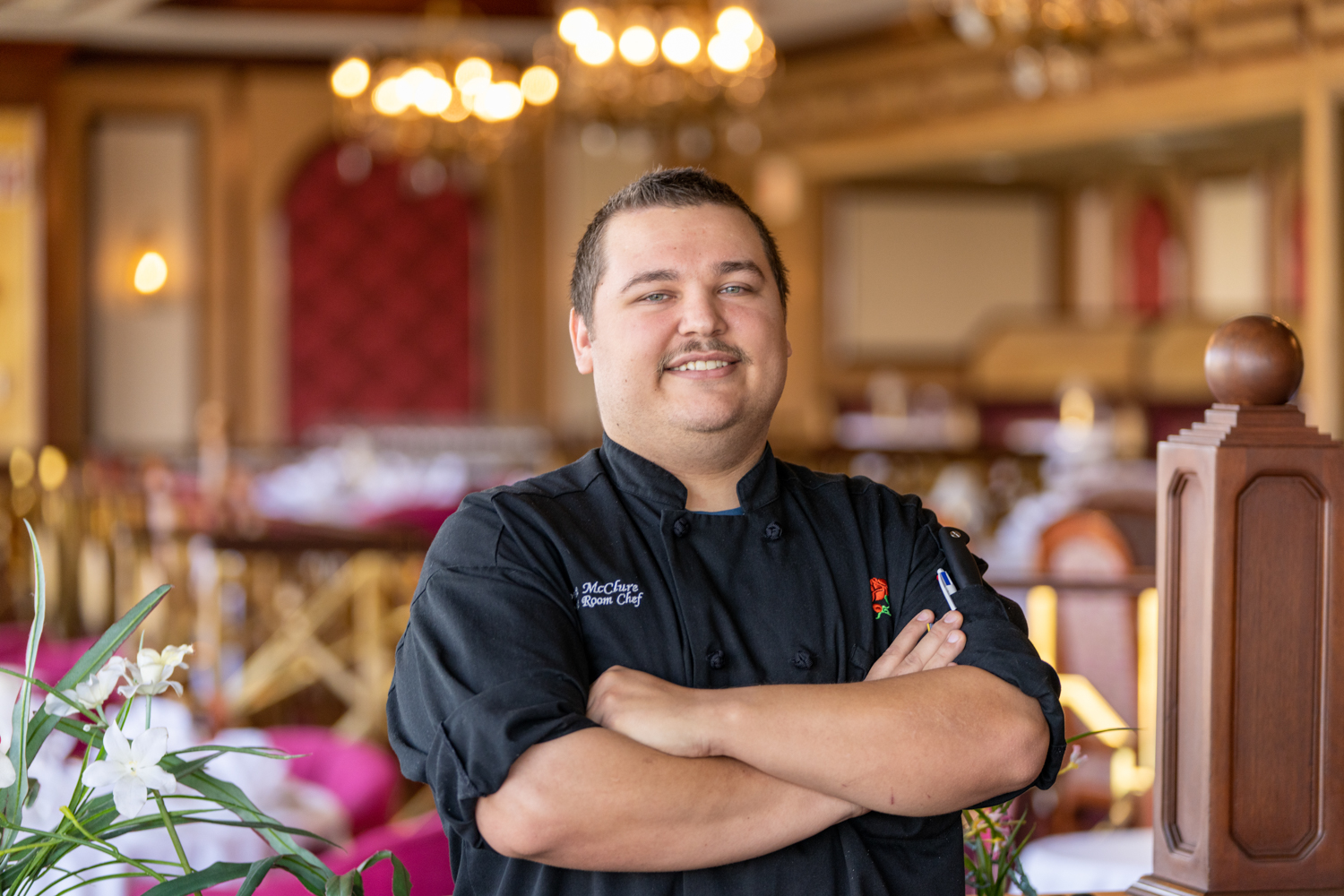 MOHAVE COUNTY – Since he was 10 years old, Torren McClure, found an appetite for cooking. Growing up he would cook with his parents and grandparents, watch cooking shows and be fascinated by the science of cooking. Fast forward 18 years later, he is now the Executive Chef in the Gourmet Room in Don Laughlin’s Riverside Resort in Laughlin, NV and has been for six years.

McClure may have started cooking at a young age, but his culinary education started at Mohave High School and Mohave Community College where he was a Dual Enrollment student. Being a dual enrollment student means he was able to take college classes while still going to high school.

“During the last lap I was working, going to college and attending high school at the same time,” McClure said. “It was a lot of work and hours it took a lot of drive but I wanted to get everything done to get started.”

His busy days eventually lead him to graduating from MCC in 2013, a year and a half after graduating high school, with his Associate of Applied Science in Culinary Arts Management. McClure decided to attend MCC because he knew it would lead him to a career.

“MCC gave me the chance to boost my career I’ve always had a dream to be a chef and run a restaurant the program gave me the opportunity to achieve that and helped me by providing me the education to further my skills to become a chef and develop my leadership skills,” he said.

While going through the culinary program he was able to learn more of the science behind cooking and what flavors went well together. Earning his degree in culinary arts also allows him the prospect of working in hospitality, managing the dining room, beverage manager or managing a hotel.

At his current job, he’s responsible for preparing food on the menu for dinner. He cuts the steaks, breaks down the fish, cuts the crab legs and much more.

McClure said advice he’d give to current culinary students is if they have the drive and passion it’s feasible to become a chef and show leadership and dedication to your trade.

McClure has lived in Bullhead City for over 18 years. He loves cooking on his free time, spending time with his grandparents and is a part of a bowling league. His future career goals include traveling overseas to experience various culinary styles or cooking on the seas on a cruise ship.

MCC’s Culinary Arts program is located on our Bullhead City campus and North Mohave campus in Colorado City. For more information about the program, visit Mohave.edu/Culinary.

Torren McClure, Executive Chef at the Gourmet Room in the Don Laughlin’s Riverside Resort in Laughlin, NV. He is an MCC graduate and has been working for the resort for six years.