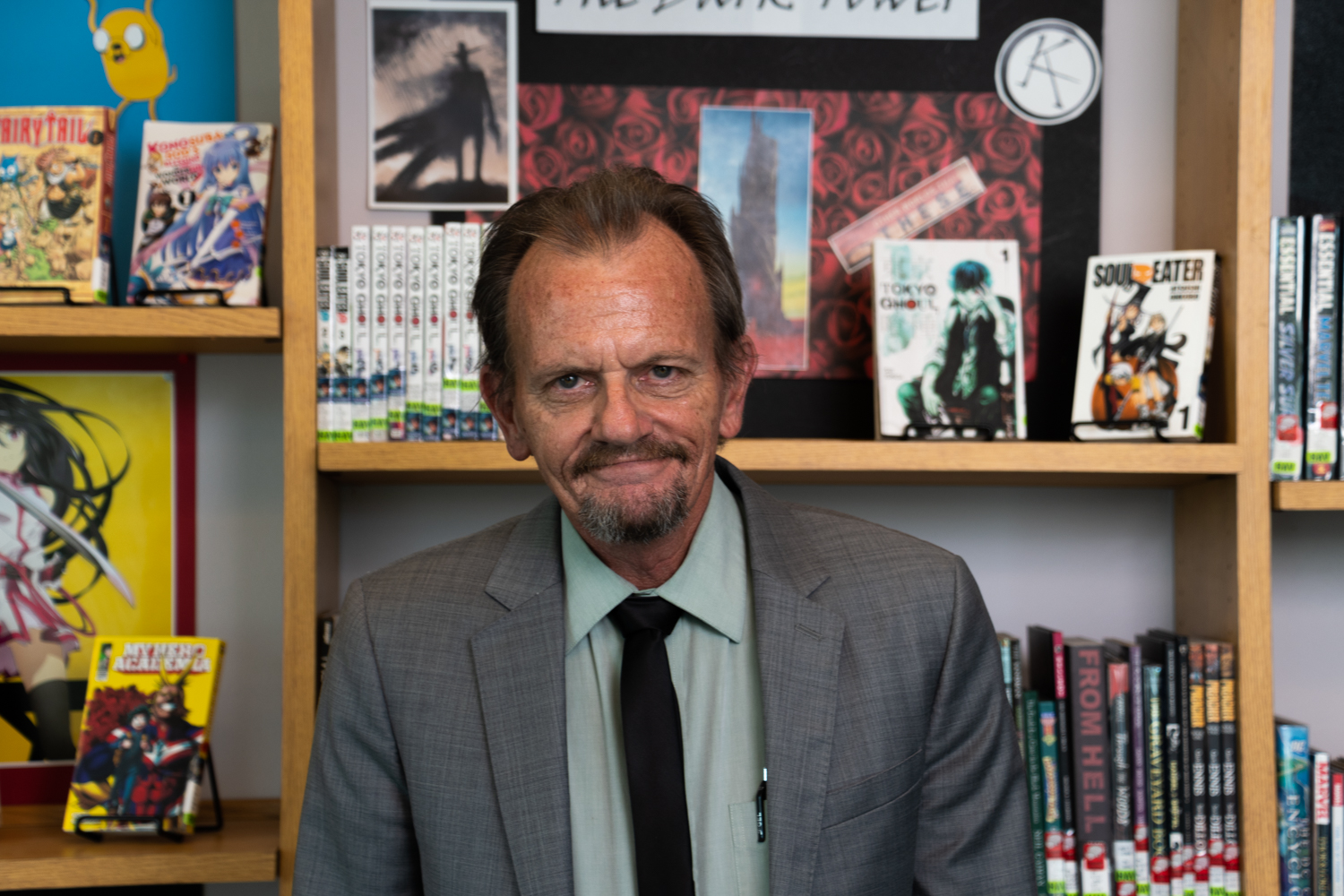 MOHAVE COUNTY – Knowledge is the key to opening doors of opportunity and positive change.

It’s a lesson Michael Adams, a retired Navy Veteran and former business owner learned in life, and it motivated him to become a student at Mohave Community College, where he is also the vice president of the Student Activities Council on the Havasu campus.

Adams, 58, is majoring in Paralegal and English, and decided to go back to school because he saw the value in education. He also wanted to grow his social skills and learn more about diversity.

“It was the logical choice because it’s affordable, local and it was a great place to start to get back into education,” Adams said about his decision to enroll in classes at MCC.

He also admires how the instructors and administration show they “really care about the students and want students to succeed.”

Adams served in the Navy for 10 years in the 1980’s. At the college he is trying to recruit veterans into the student Veteran’s Club.

“There is a great fellowship here, there’s a study room for veterans, and veterans have a thing with each other where we watch out for one another when we can,” he said.

When he’s not trying to recruit veterans to be part of the student organization, he wears the hat of SAC Vice President.  SAC is designed to promote college spirit, provide a focal point for discussions between students and college staff, and give students a representative voice in college affairs.

Adams said getting more involved as a student at the college also gives you an inside view of the processes that can help you make positive changes, which includes organizing and hosting group discussions and community events.

As for advice he’d give people who are thinking about continuing their education, he’d tell them “it’s never too late to go back to school.”

After completes his degrees, he wants to keep as many doors open as possible, which may include becoming a teacher.

He has five children and four grandchildren, and has been together with his girlfriend for 31 years. In his spare time, he likes to go fishing and take his grandchildren to the city splash pad.

He moved to Lake Havasu City in 1999 from Southern California. Prior to that, he lived in Washington state where he owned a Christmas tree farm. Before dedicating his full time to school, he owned a local handy man business.

To become a student at MCC just fill out the free application at Apply.Mohave.Edu.  You can view the college degrees and certificates, along with financial aid information at Mohave.edu. The college is currently enrolling students in summer semester classes, which start June 1. For assistance call 866-MOHAVECC or 866-664-2832.