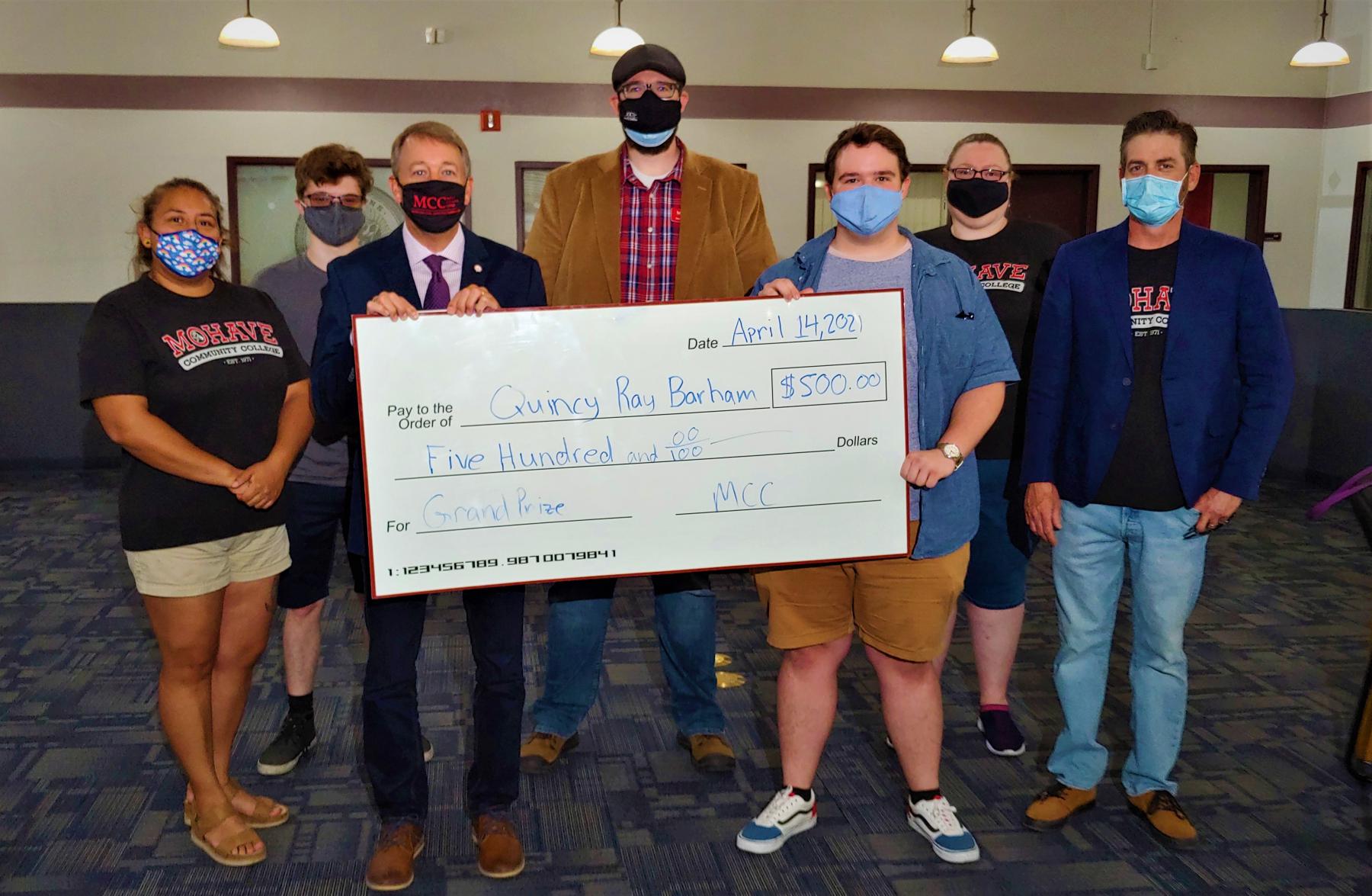 The event with Hollywood Actor/Producer and MCC Alumnus Seamus Dever was organized and produced by the Bullhead City Student Arts Club.

The club awarded 10 cash prizes for first and second placers in five categories, plus the $500 grand prize.  First place in each category received $50, while second place received $25.

Here are all of the winners:

First – The Return of the Pen
Second – Ninja Road