Posted on February 8, 2021 in Press Release.
Bookmark the permalink.

The BHC Arts Club decided to put together the film festival to give people a platform to tell their stories and to be a pandemic safe event that can continue when campuses open again.

“The arts club wanted to start an event that could be done under pandemic measures and still have longevity as an annual event in the future,” said Charles McCune, BHC Arts Club Vice President. “We began working on the film festival as an event to be opened college wide and enrich the student body with culture and inclusivity.”

The grand prize is $500, $50 for first in each category, $25 second in each category. Participants can submit films in five categories: comedy/musical, horror, drama, documentary and action. Films must be between 30 and no longer than 150 seconds.

“Participation in the film festival opens doors for students who are looking for an avenue to get involved with college campus life,” BHC Art Club said. “Community involvement in the festival can help neighbors know more about those that live in their communities and get a chance to see what the college and students do.”

Arts club members said they encourage everyone to get involved whether they submit a film, or a community member sharing the event in their social circles.

Submissions must be completed by 8 p.m. March 24 to be eligible for consideration. Celebrate MCC’s 50th Anniversary and join us for the announcement of the winning videos at 6 p.m. March 31 via Zoom.

Contest is open to all currently enrolled students and Mohave County residents ages 18 and up. To submit entries and for more information, visit www.Mohave.edu/FilmFestival. 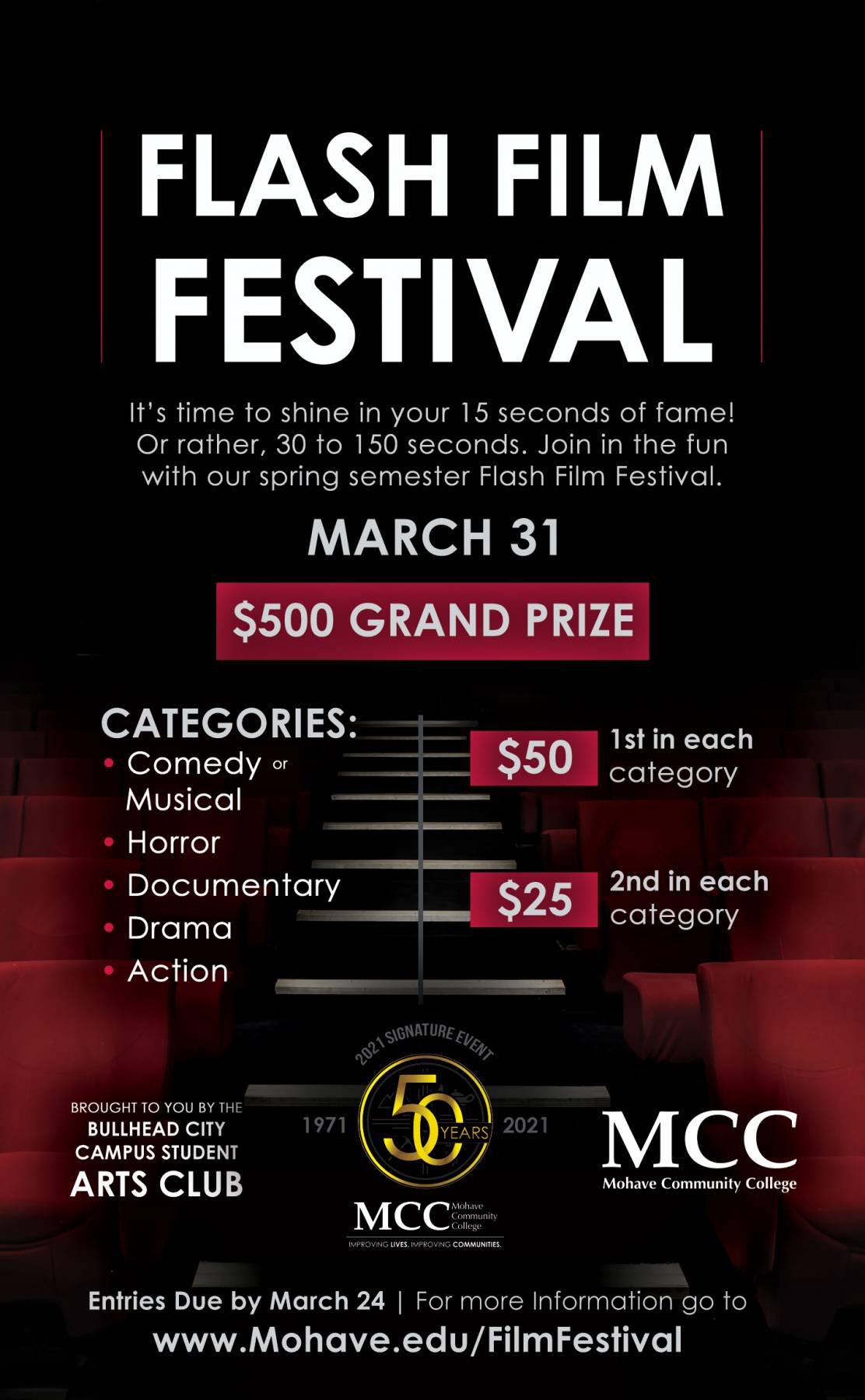