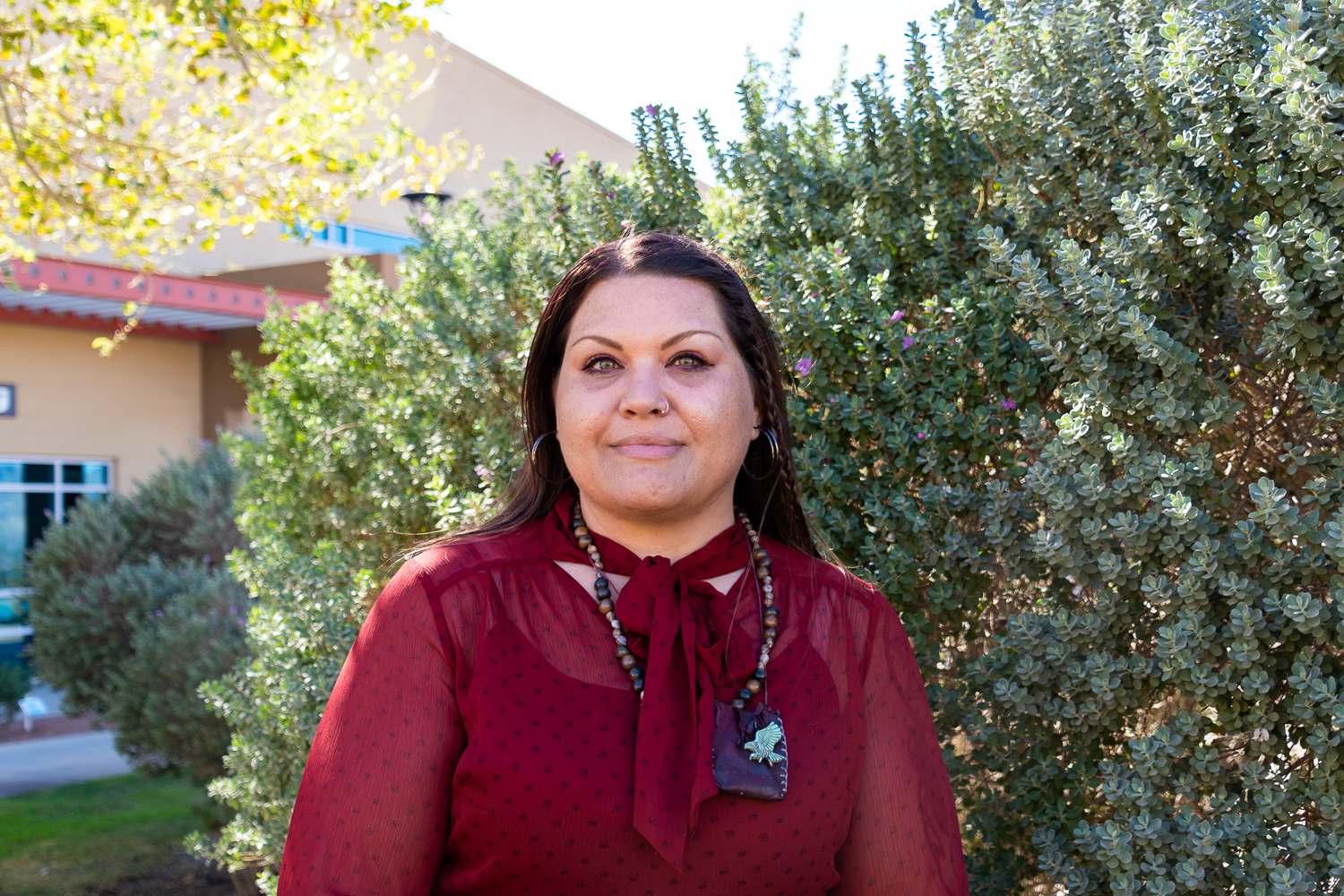 MOHAVE COUNTY – Her father’s dying wish was for her to go back to school, so Nicole Ownbey decided to attend Mohave Community College to pursue an Associate of Applied Science Paralegal degree.

She picked the law profession because she would like to help people.  She hopes to eventually go to law school to earn a Juris Doctor degree.

Ownbey is from the Cherokee Nation in Tahlequah, Oklahoma. She has been living in Bullhead City for four years. Her father’s unexpected passing brought her to Bullhead City to take care of his estate, and she decided to stay and enroll at MCC to earn her paralegal degree.

Her ultimate goal is to work for a nonprofit group that helps the Cherokee Nation.

“Within our nation we have a nonprofit called One Fire and it helps victims of domestic violence, and that’s where my heart is,” she said.

This year she was able to be part of a national video encouraging Native Americans to vote.  The video features various Native American women stating why they vote. The opportunity came during an assignment she was doing for her MCC sign language class.  The assignment required her to reach out to friends Tahlequah to learn what the sign is for Native American and Cherokee. She made contacts with people and eventually they asked her to be part of the video.

“I put (the video) anywhere I could on social media. I was pretty proud of it,” Ownbey said. The video can be viewed at the bottom of this story.

Ownbey has been a student at MCC for two semesters now and has overcome hurdles on her path to success. Like many students during the pandemic, have probably faced internet issues, but that doesn’t stop her.

Ownbey said she decided to go to Starbucks on Tuesdays and Thursdays to use the WiFi to attend class.  She also used the MCC WiFi that has been boosted so students can use it in the campus parking lots.

So far, she hasn’t had to pay out of pocket for her schooling because of the Free Application for Federal Student Aid (FASFA), a federal government program that provides grants and low interest loans to cover college tuition and living expenses based on the student’s financial need.

“I wish I would have known about it earlier, I’m 41 years old and I wish more people would know that you could essentially get paid to go to school,” Ownbey said. “My college education is paid because of FAFSA.”

Ownbey encourages others to fill out the FASFA online at StudentAid.gov to see if the cost of their college education will be covered.

When she’s not focusing on her schoolwork, she spends time at Together We Can Tri-State, a nonprofit that helps those in need and is a partner with St. Mary’s Food Bank.  Ownbey is the Director of Donations with the organization and her job duties include community outreach to collect donations.

For more information about the MCC Paralegal associate degree, visit www.Mohave.edu/Paralegal.   Applying at the college is free at apply.mohave.edu.  The next semester begins on January 19 and people are encouraged to enroll soon before classes fill up.

Nicole Ownbey is an MCC student who is majoring in Paralegal and plans to eventually earn her law degree.  She was chosen to represent the Cherokee Nation in a national video encouraging Native Americans to vote.