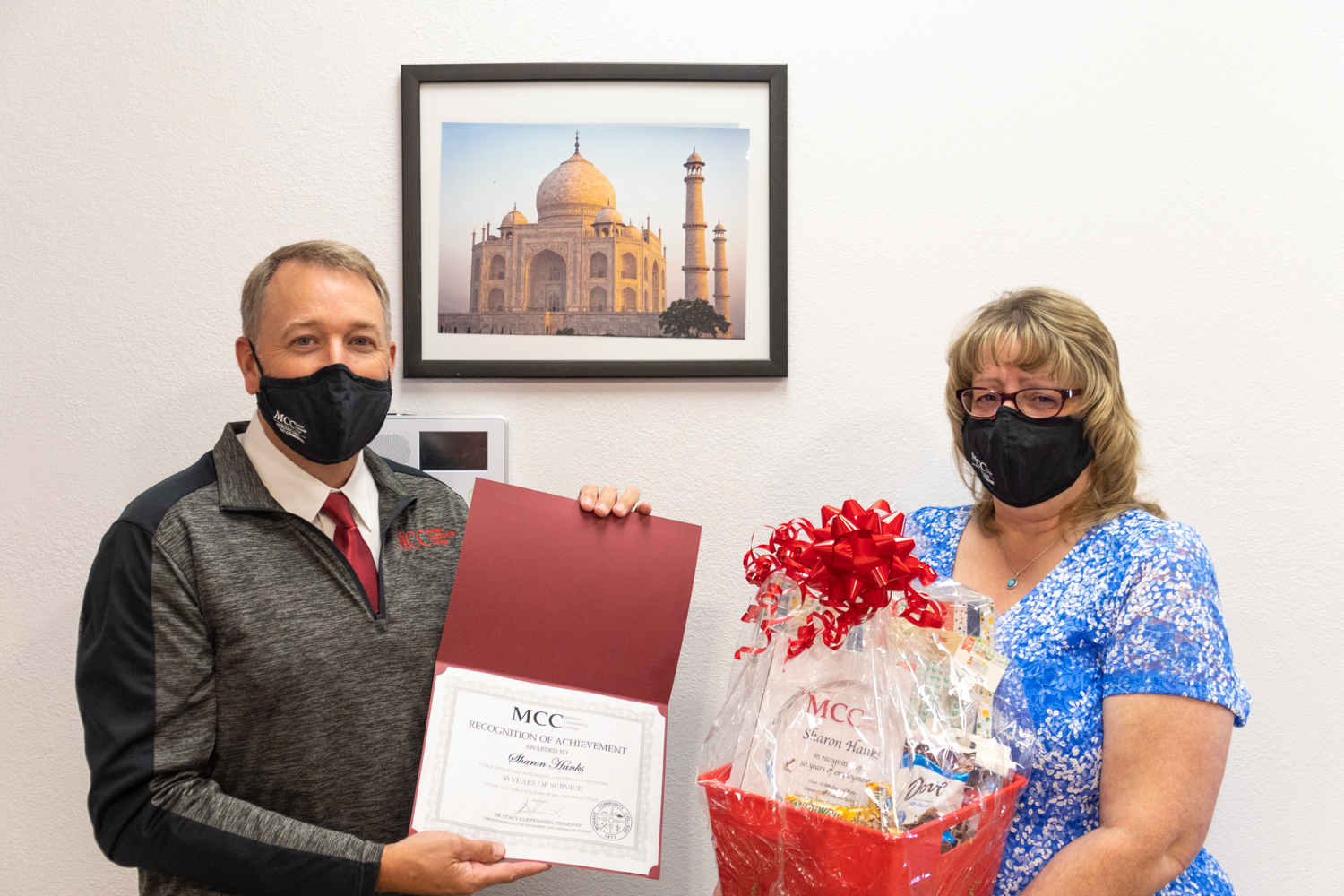 MOHAVE COUNTY – Mohave Community College would like to congratulate two of its employees, Sharon Hanks on the Kingman campus and Laurel Clifford on the Lake Havasu campus.

Both employees received service awards for their dedication to the college. Hanks has been with MCC for 30 years and Clifford for 20 years.

Hanks was excited to receive the award and was able to achieve this goal. She said that maybe she will be the first one to make it to 40 years at MCC.

Hanks currently is the Database Administrator for the Student Information Systems and has held various positions since her first day at MCC in 1988. First, she held a temporary position of clerk position for spring registration, she returned in the fall and never left.

“From the time I walked in for the interview I fell in love with the welcoming feeling of the campus, the people and the mission of MCC,” Hanks said.

Hanks said she enjoys working at MCC because of the people and friendships she has gained and how everyone is one big family working hard toward the same goal. One of her greatest pleasures was being involved with the Elderhostel Program at MCC in the ‘90s where seniors interested in lifelong learning came from all over the country to MCC for a week to learn various subjects the area had to offer.

Before Clifford came to MCC, she worked with alternative school students and traditional college-bound students. MCC allowed her the opportunity to combine both of her spheres by working with college students that are often non-traditional students.

Clifford said her goal is student success and one of her greatest achievements while working at the college is developing, implementing and revising an alternative liberal arts pathway for non-STEM majors.

“The most exciting thing for me is when former students stop me and let me know of their further success. It’s such a joy to see students overcome challenged to reach their goals and beyond,” Clifford said.

Clifford added that she had a former student reach out to her and tell her they transferred to MIT. Another student stopped her mid-run to tell her they graduated with their engineering degree from University of Southern California.

Team and was a co-chair for the Strategic Planning Committee.   You can read about the college strategic plan to help students and communities at https://www.mohave.edu/about/strategicplan2026. 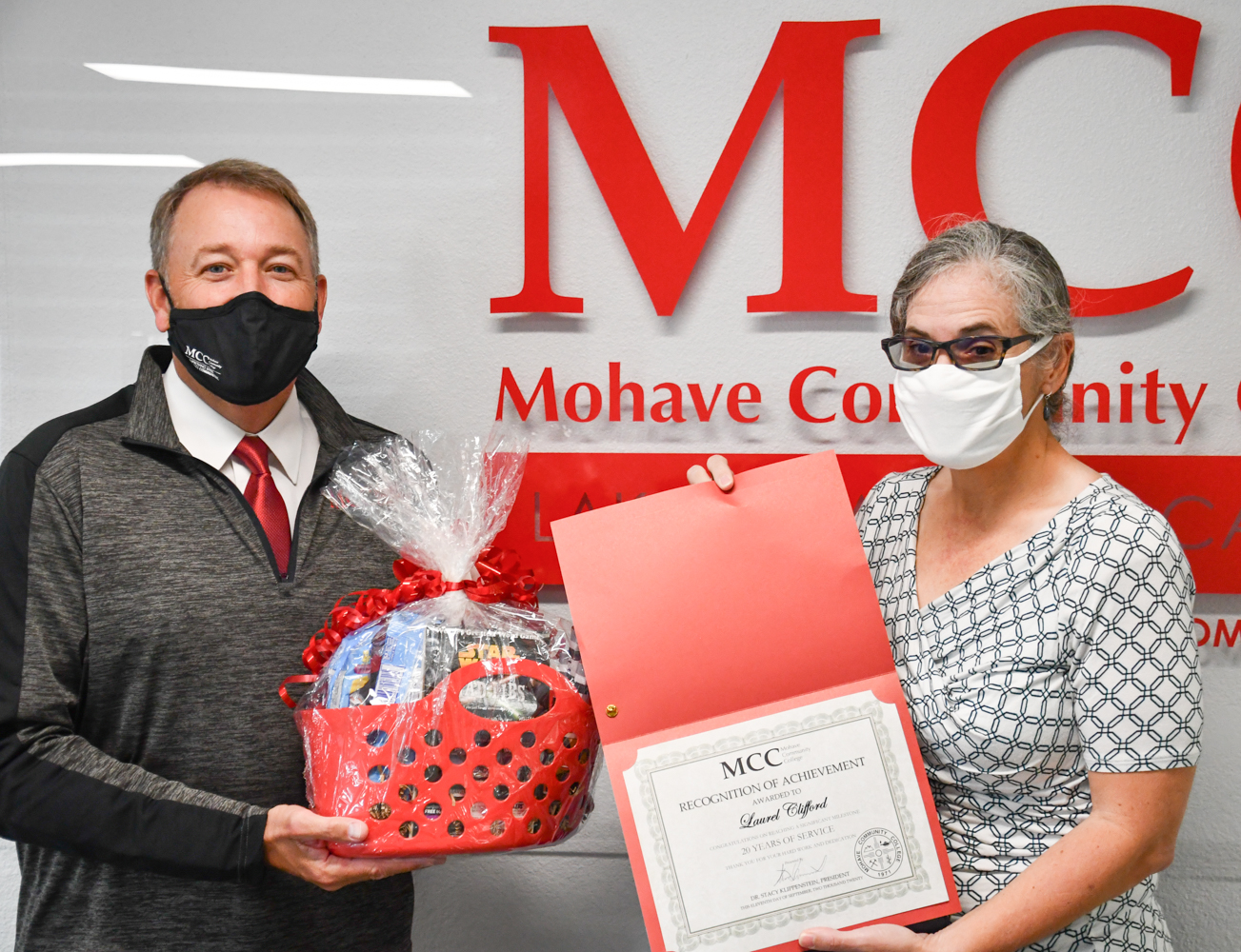