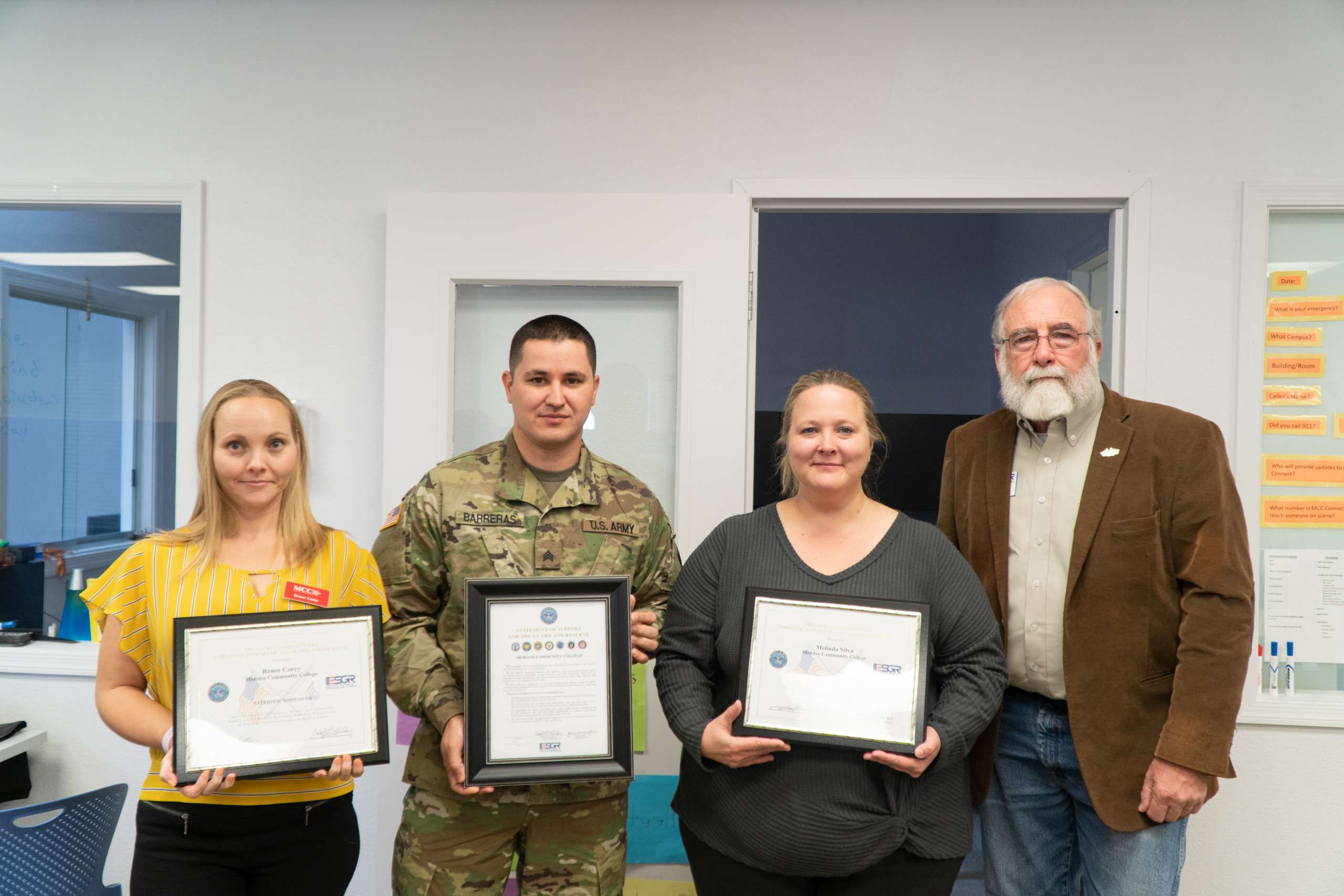 Posted on December 6, 2019 in Press Release.
Bookmark the permalink.

MCC recruiter, Eliseo Barreras, nominated Corey for being a supporting employer when he had to leave for extended and unexpected military training’s.

“I nominated them for the award because I have been working with the college for a little bit over two years and in the military for 10 years,” Barreras said. “The unit I’m with now has been demanding with training, this summer I went to my two-week training but within a week, I came back to the college for a week then I had to leave again for a month so they ask for more than what the basic contract says.”

While Barreras was out on training, Corey was his supervisor who picked up his work load. During the time of his absence was a busy time for recruiters since the fall semester was just starting

Corey was surprised and honored to receive the award. For other employers she would encourage supporting those in uniform who have to leave for extended periods at a time.

“Just remember that what they are doing is important for our country and to be supportive as best as you can,” Corey said. 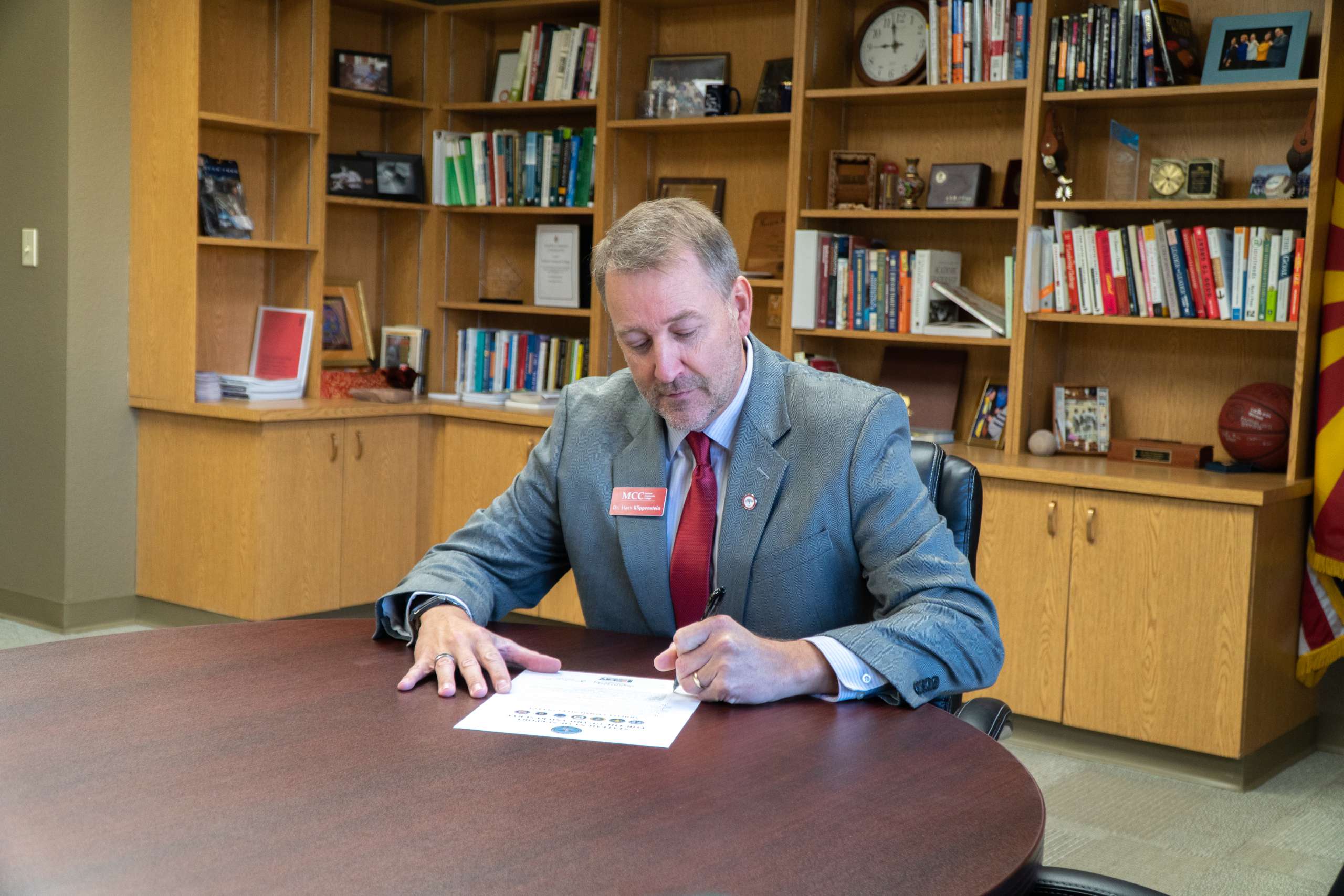