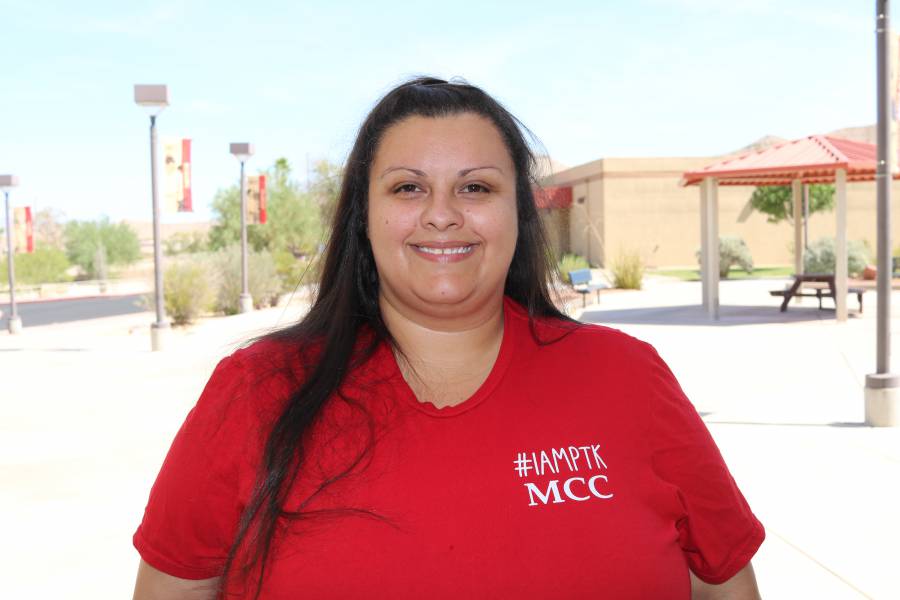 BULLHEAD CITY – Christina Henslee is a student at Mohave Community College and like other students she has goals to complete before walking across the stage and getting her diploma.

Just recently she achieved one of the biggest goals she had, which was to get something she has written published in a national journal before she graduates from college. Henslee will be published in the Phi Theta Kappa National Honors Society online literary journal, Nota Bene.

There were 550 national entries submitted for publication from across the country, and Hensley’s article, Views and Theories on Scientific Truth, is one of only 26 that made the final cut.  Her article is about different theories for science, and what is considered truth in the field. 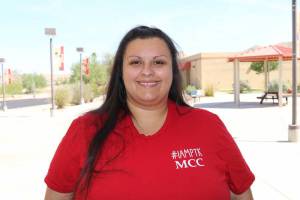 Christina Henslee was just informed that one of her writings will be published in the Phi Theta Kappa Honors Society national publication Nota Bene. She was also chosen last summer as a Coca-Cola Leader of Promise Scholar.

The science major said she is now thinking of a new, larger goal to accomplish before she finishes school. Getting published was her main goal and she achieved it sooner than she expected.

Her immediate plan is to learn all there is to know at the lab where she is currently an intern.  She also hopes to start a student committee that shares information about scholarships in the community.  A long-term goal she has in mind is to get one of her research papers published.

Currently, she is studying the general sciences and wants to eventually move toward microbiology or neurobiology.  Her family inspired her interest in the sciences. She gained a love of science as a child when her grandpa would let her look through the microscopes at Western Arizona Regional Medical Center where he worked.

To future MCC students and her peers she offered a word of advice on accomplishing your goals and dreams, “just do it.”

“Just get out there and do it. You never know what you can achieve,” said Henslee. “The only way we learn is with failure, we learn and we adapt.”

Henslee’s article will be published in the winter edition of the Nota Bene and posted on the Phi Theta Kappa website, www.PTK.org.  In August, Christina was named a 2019 Coca-Cola Leaders of Promise Scholar and received a $1,000 scholarship.