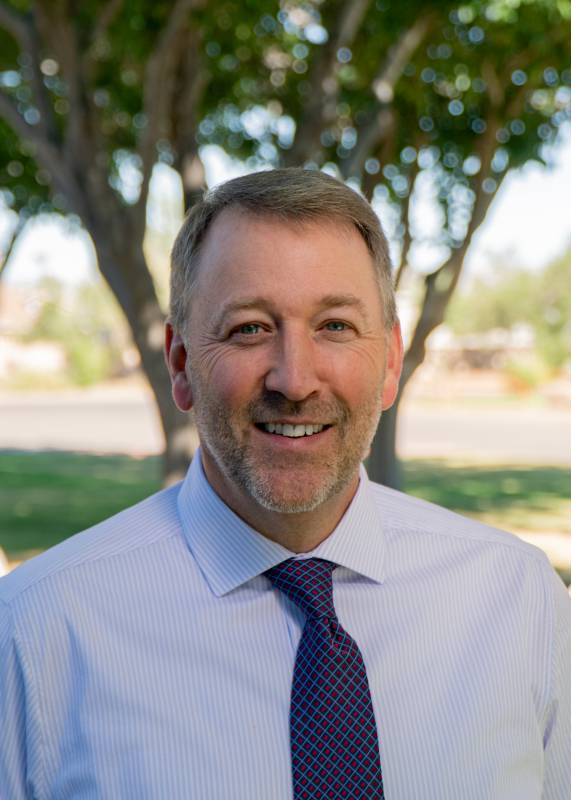 Dr. Stacy Klippenstein began reaching out to local communities before he even officially started as the new president of Mohave Community College on July 1.

He held several meetings with the college administrative team, attended a City of Kingman Council Commission Workshop, and began setting up meetings with local elected officials, business and education leaders, and community groups.  All of this happened before his first official day on the job.

“I want to learn as much as I can from people in the communities we serve,” said Dr. Klippenstein.  “MCC has a great team that’s providing high quality higher education and career training, and I want to ensure we continue to meet student and community needs while enhancing services when and where possible.”

He looks forward to creating partnerships with everyone who wants to help students and support the regional workforce and economic development. 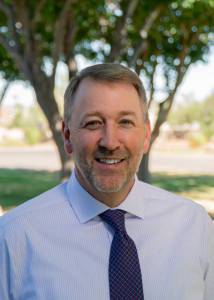 Dr. Klippenstein sees education as a vital cog in the wheel of success.  He believes an educated workforce is key to helping students achieve career success and improve their lifetime earnings potential, while also helping drive economic growth for a community.

The most recent market research available on the college web page www.Mohave.edu/ImprovingLives shows that MCC alumni generate $190.9 million dollars annually in the region, while the college itself has a $212.4 million annual positive impact.

“From training students in skilled trades, to helping students save money on the path to a bachelor’s degree, the college will remain focused on improving lives and helping improve our communities.”

He pointed to the student success and job placement rates of MCC allied health programs such as Dental, Nursing, Surgical Technology and Radiologic Technology.

“When you have nearly every single graduate from programs like these passing national board exams on their first attempt, and almost immediately landing great jobs – that says you’re really doing something special,” he said, noting that the Career and Technical Education programs also boast outstanding success and job placement rates.

On a personal note, Dr. Klippenstein and his wife, Carrie, look forward to spending time in each community in the college district, participating in events, and experiencing all the great outdoor activities this region of Arizona offers.

He most recently served as Miles Community College President in Miles City, MT, a position he held since 2014.  Prior to that he served as Vice Chancellor for Student Affairs at Montana State University in Billings, and was Director of University Housing and New Student Programs at Central Washington University. He worked for Northern Arizona University and Texas Tech University after starting his career in 1990 in Montana.

The nationwide search for the MCC College President began in September 2018, shortly after Dr. Michael Kearns announced his retirement.

The college Governing Board selected Dr. Diana Stithem as the MCC Interim President to guide the college throughout the search process.

Mohave Community College is currently enrolling students in classes for the fall semester, which begins on August 26.