Denim Day: wearing jeans for a good cause 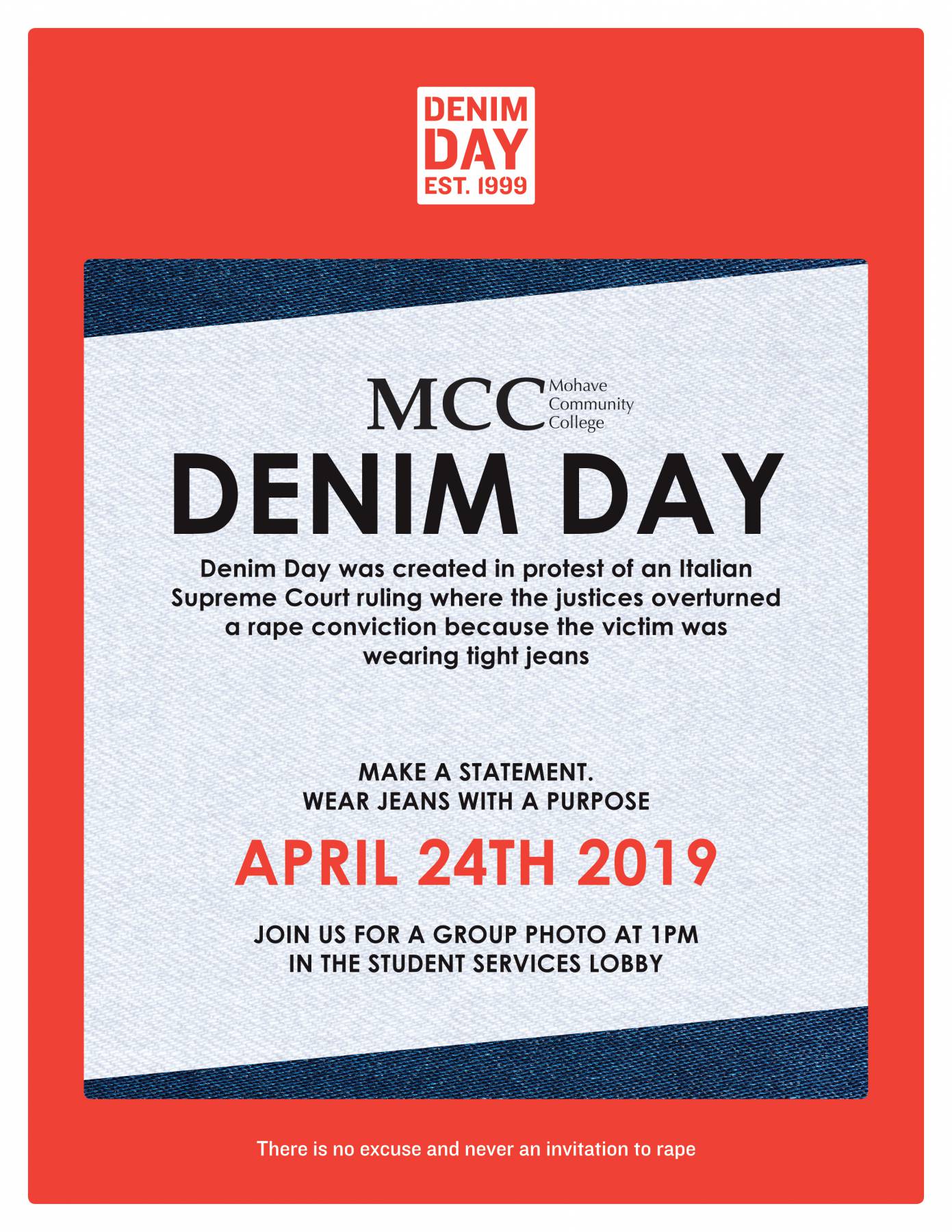 Many MCC employees who took part in Denim Day to support survivors, and help raise awareness about the need to end sexual violence.

This year Denim Day was April 24. 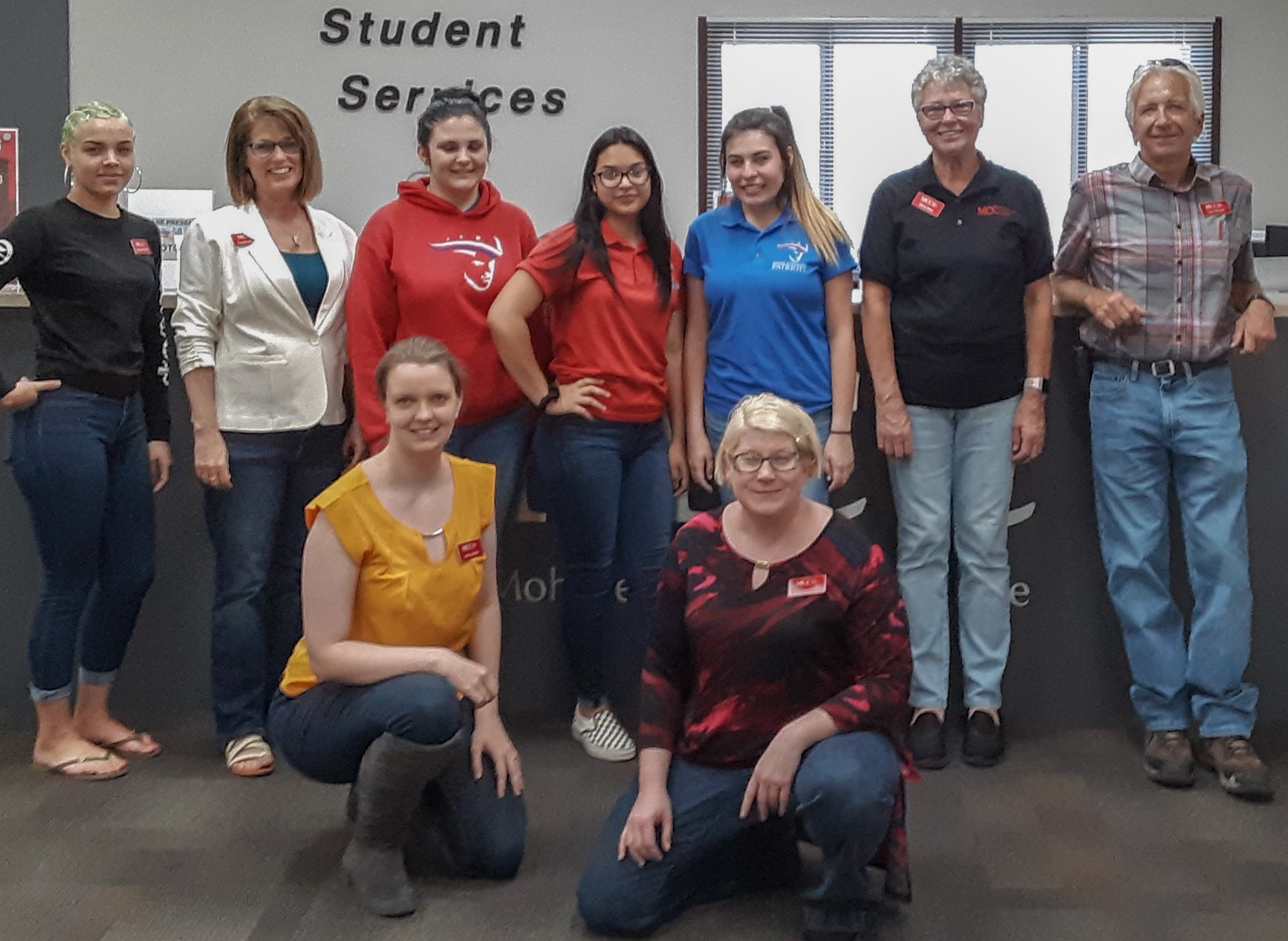 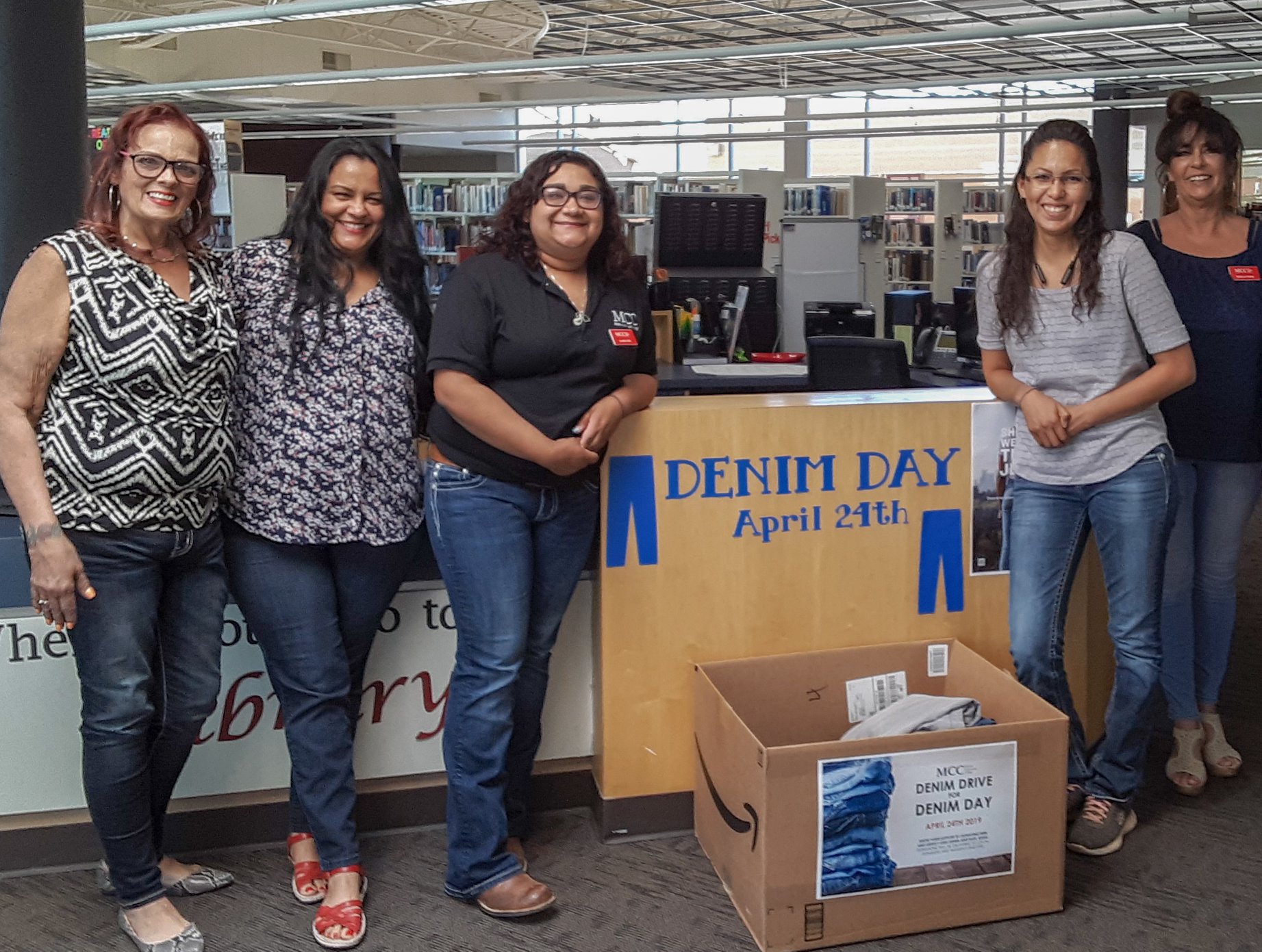 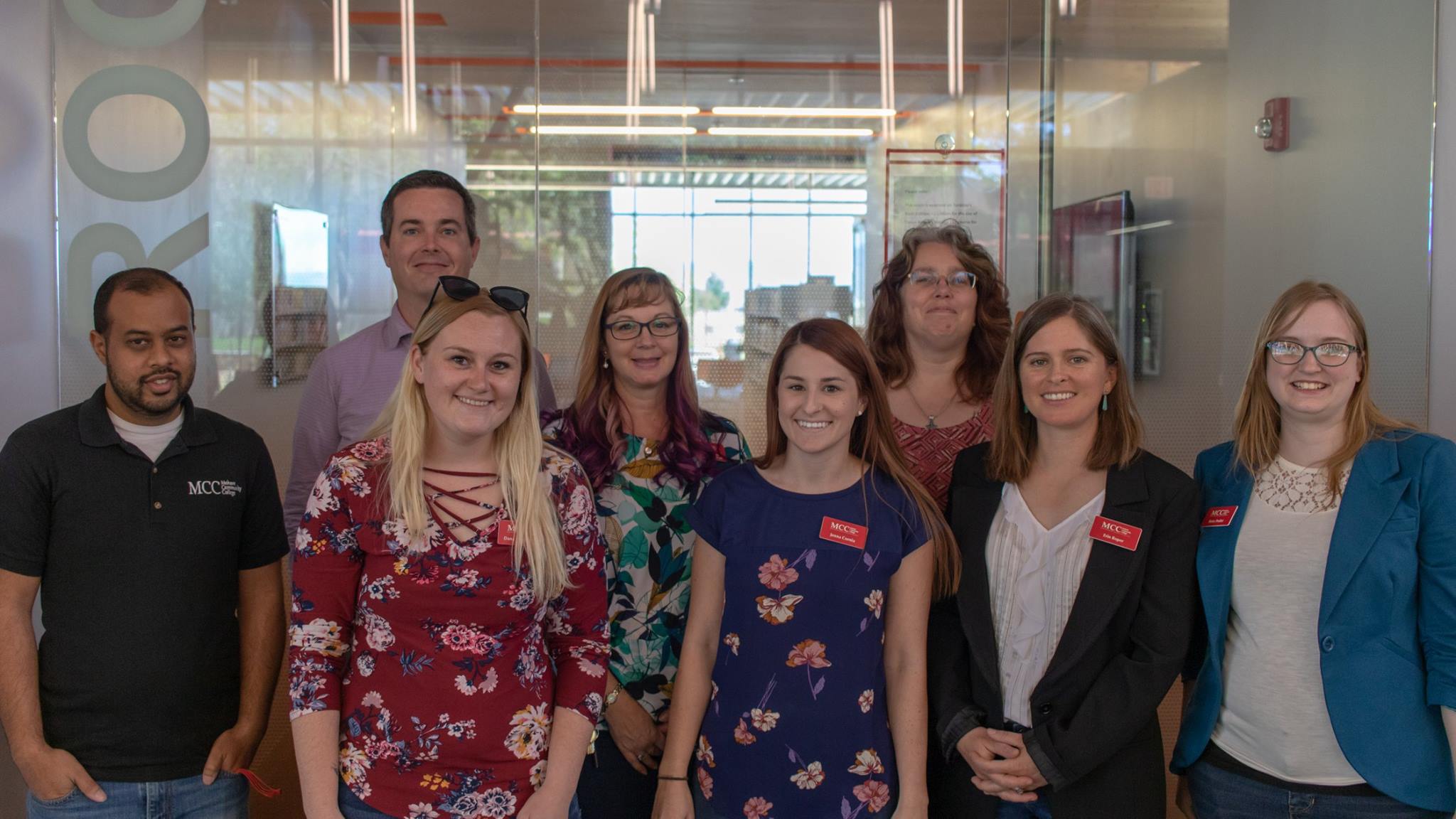 What is Denim Day? The following is from the Denim Day organization:

The Denim Day story begins in Italy in 1992, when an 18-year old girl was raped by the 45-year old driving instructor who was taking her to her very first driving lesson. He took her to an isolated road, pulled her out of the car, removed her jeans and forcefully raped her.

She reports the rape and the perpetrator is arrested and prosecuted. He is then convicted of rape and sentenced to jail. Years later, he appealed the conviction claiming that they had consensual sex. The Italian Supreme Court overturned the conviction and the perpetrator was released. A statement from the Court argued that because the victim was wearing very tight jeans, she had to help him remove them, and by removing the jeans it was not rape but consensual sex. This became known throughout Italy as the “jeans alibi.”

Enraged by the verdict, the women in the Italian Parliament launched a protest wearing jeans on the steps of the Supreme Court. This protest was picked up by international media which inspired the California Senate and Assembly to do the same on the steps of the Capitol in Sacramento. Patti Occhiuzzo Giggans, Executive Director of Peace Over Violence, saw this in the media and thought everyone should be wearing jeans to protest all of the myths about why women and girls are raped. Denim Day in LA was born. The first Denim Day in LA event was held in April of 1999, and has continued annually since.