S.E.E.4Vets and MCC work together to benefit veterans of Mohave County 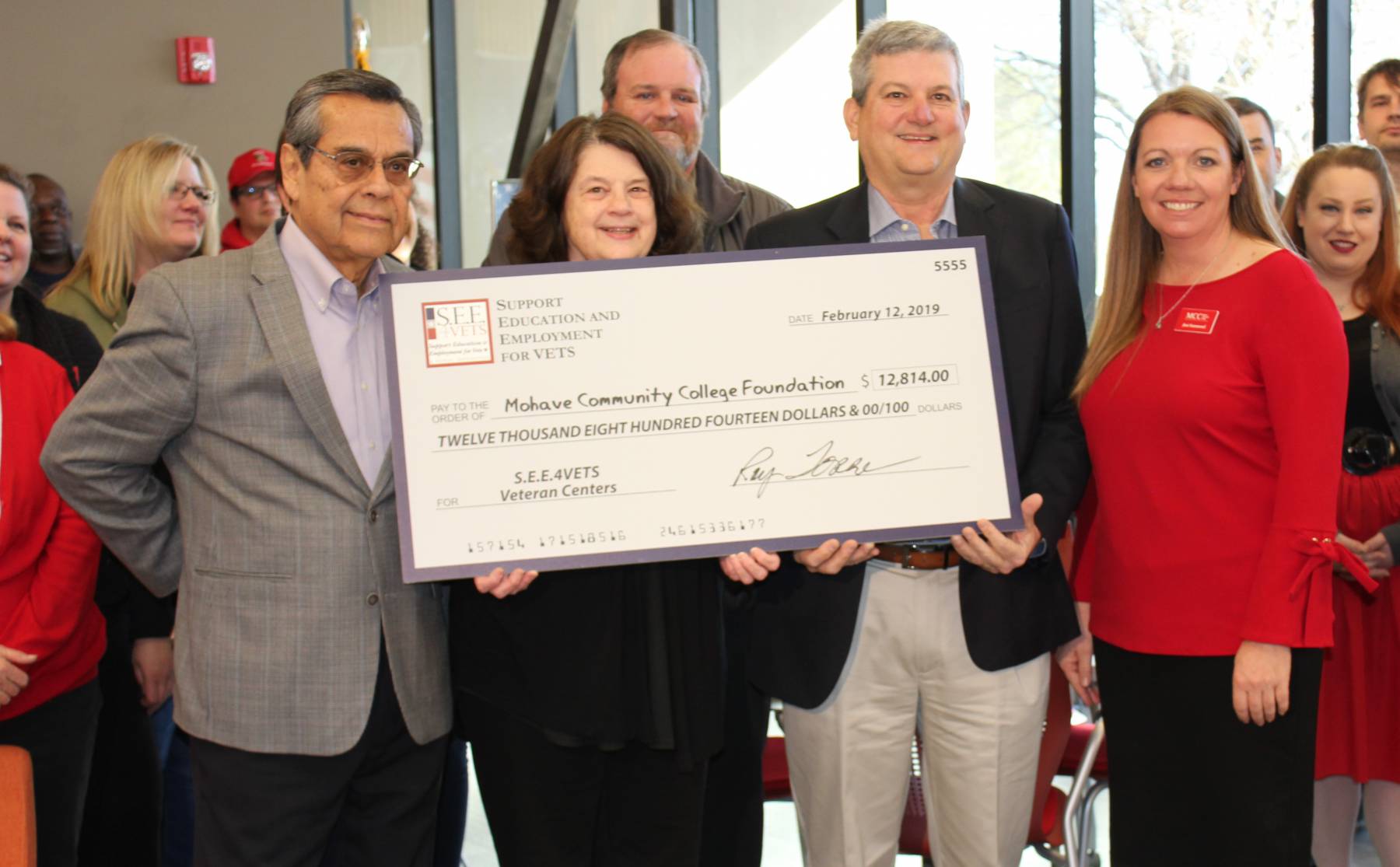 Supporting the veterans of our armed forces is the driving force behind the Scottsdale nonprofit Support Education & Employment for Vets, S.E.E.4Vets.

It is also the reason the group has worked closely with Mohave Community College to create Veterans Centers on the college campuses.

“Our mission is to support veterans integrating back into civilian life and help them reach their educational goals,” Vern Findley, Vice Chairman of the S.E.E.4Vets Board told a crowd at Mohave Community College.

MCC Veterans Services Coordinator Jimi Hammond reached out to S.E.E.4Vets last fall to request help for funding a center on the Kingman campus.

“We really want to honor our veteran students, so we decided to create a place where they could study, meet with other veterans and have access to information from local agencies about veterans services offered in the community,” said Hammond.

For S.E.E.4Vets to help fund a project, an individual or organization must complete an extensive process with many requirements, according to Findley, a 35 year veteran of the U.S. Air Force.

“We want to make sure that money we raise is put to good use, so we require a fairly extensive proposal, and her (Jimi Hammond) proposal was fabulous,” he said.  “After reading it, our answer was automatically ‘yes, let’s do it!’”

All of the college Veterans Centers are located in the campus libraries, where students have easy access to many resources including the MCC Student Success Centers and tutors.

A ribbon cutting ceremony for the Lake Havasu City campus will take place on Thursday, February 21 at  5:30 p.m.

For more information contact MCC Veterans Services Coordinator Jimi Hammond at 1-928-757-0818 or through email at JHammond@Mohave.edu.