High-tech Nursing Labs, and new Veterans Centers will be unveiled at Mohave Community College next week.

The public is invited to four upcoming Ribbon Cutting Ceremonies.  Two at the Bullhead City campus and two at the Lake Havasu City campus.

The Lake Havasu City campus events will begin at 5:00 p.m. on Thursday, February 21.  The College Nursing Virtual Patient Simulation Lab will be available to view immediately after the ribbon cutting ceremony.

The new lab includes a Simulation Man, which is a computerized replica of a human that can mimic health problems and injuries nurses will see in real life.

“It’s the most technologically advanced equipment for a nursing department,” said MCC Director of Nursing June Weiss. “We have the highest technology available to help train and fully prepare our students to enter the workforce.”

The technology is so helpful and cutting-edge that a Las Vegas hospital recently started up its own Simulation Center to help doctors.

The Bullhead City Campus Virtual Patient Simulation Lab will be available for the public to view immediately after a Ribbon Cutting Ceremony on Friday, February 22 at 2:00 p.m.

Following both nursing events, the college will hold Ribbon Cutting Ceremonies for the new Veterans Centers on each campus.

The centers are located in the campus libraries and are for the sole use of college students who are veterans.

“It is an area where they can study, use laptop computers, meet with other veterans and have access to information from local agencies about veterans services offered in the community,” said MCC Veterans Services Coordinator Jimi Hammond. 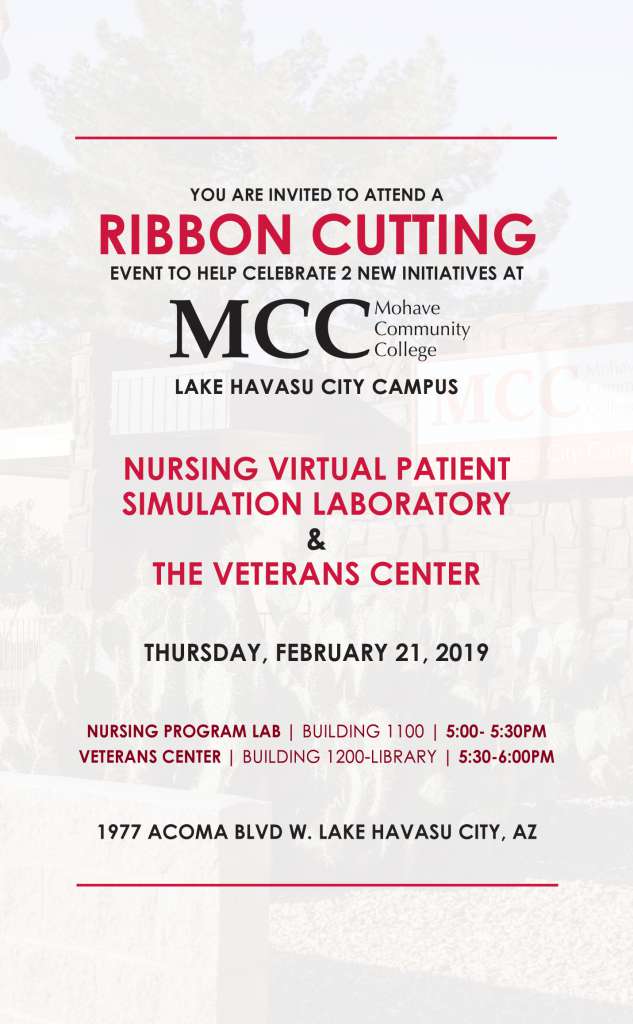 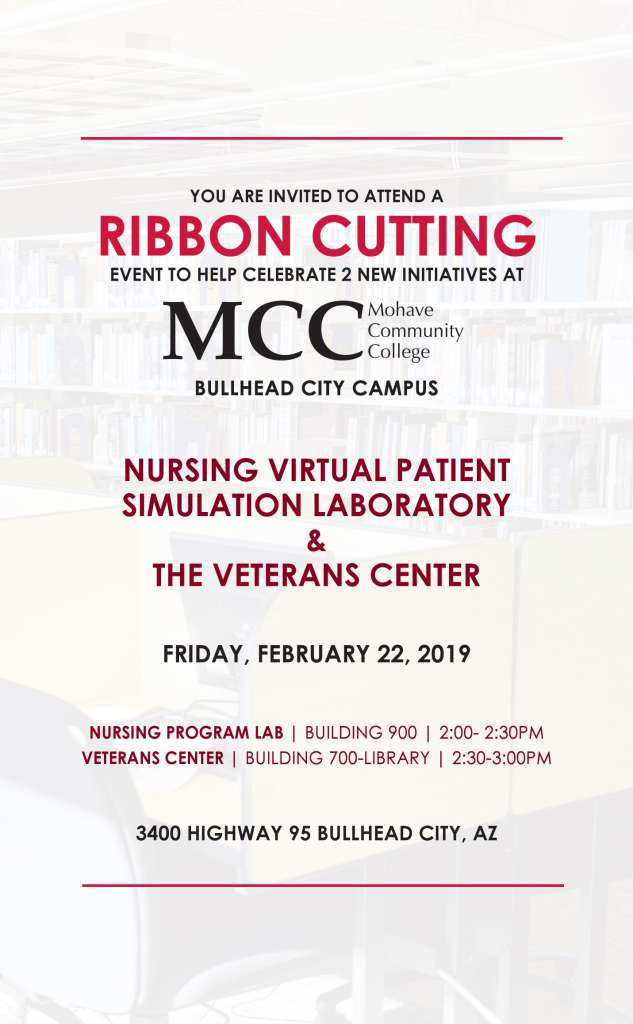