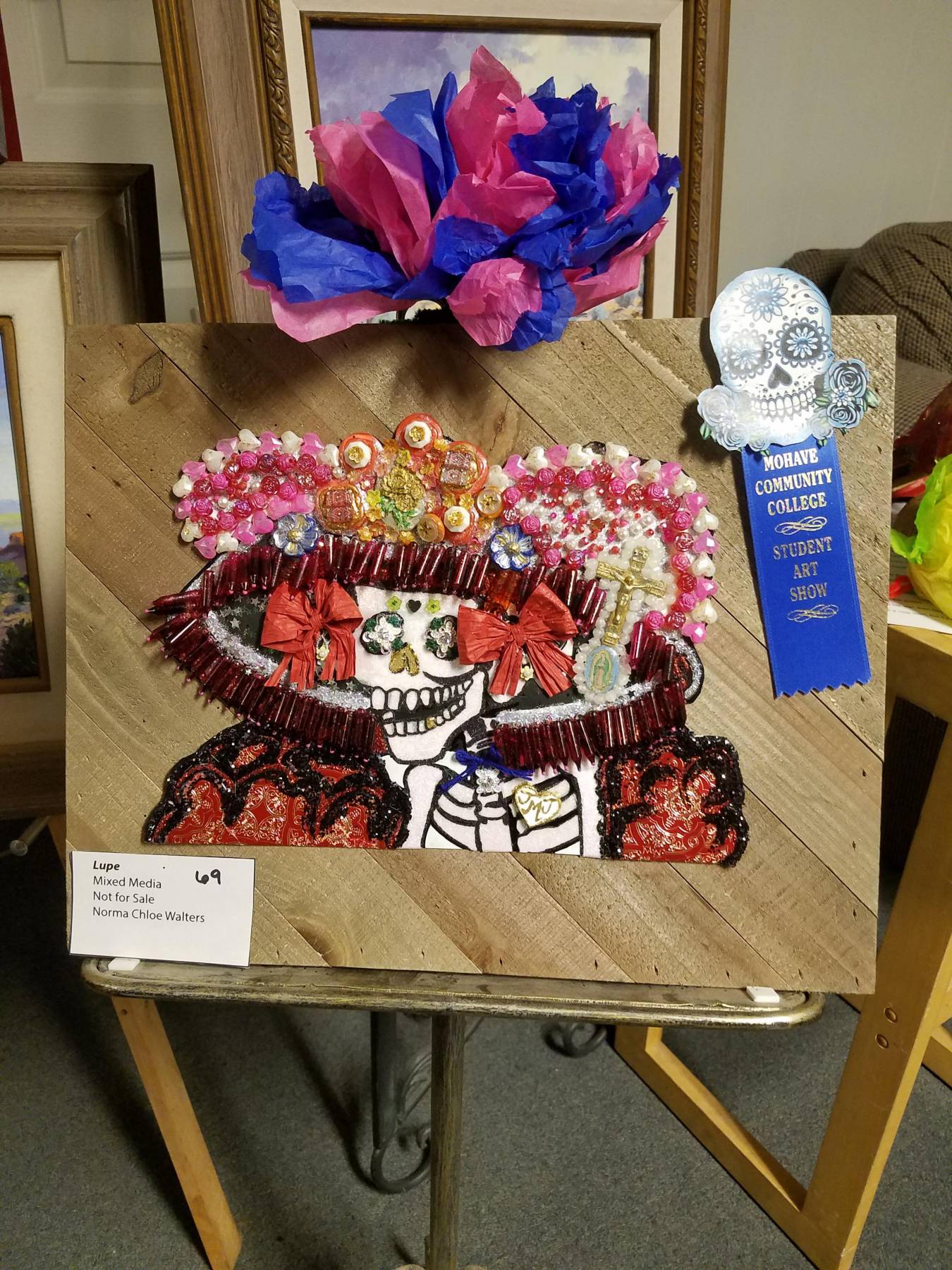 It was tough competition because our Mohave Community College student artists are very talented.  The Día de los Muertos Art Show was in downtown Kingman at Off Broadway Photography during the city’s November First Friday celebration.

The public voted and here are the top three finishers:

3rd place was awarded to Twig, for her digital illustration titled Betrayal. 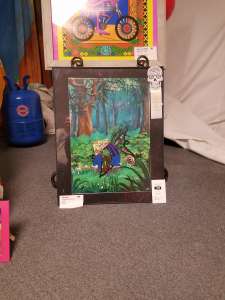 Second place was awarded to Nolan McCool for his drawing. 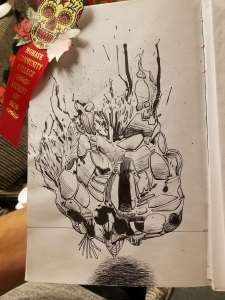 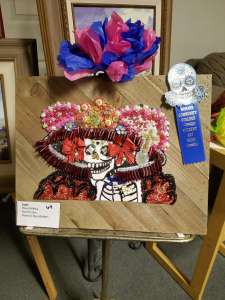