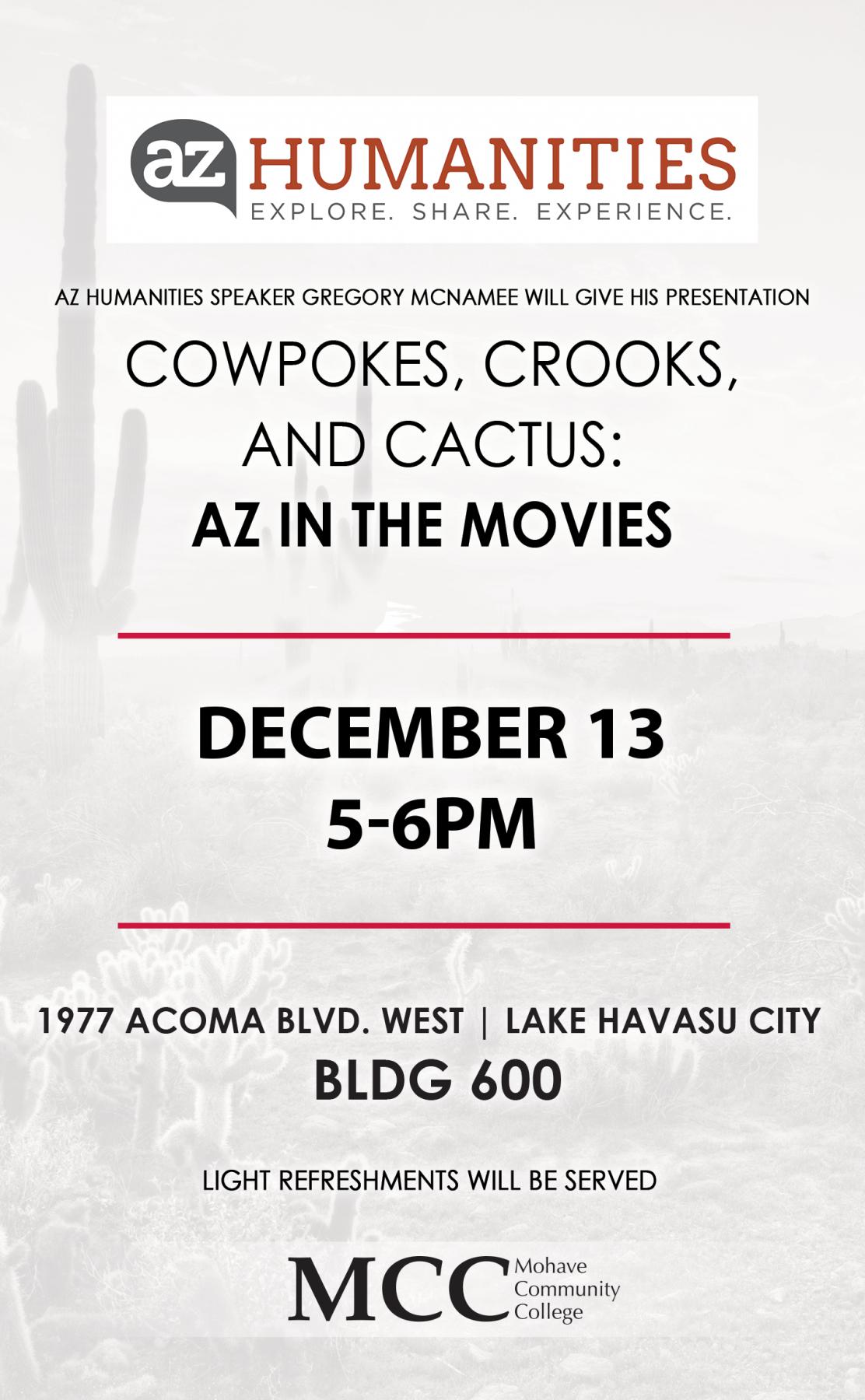 The MCC Lake Havasu City campus, in partnership with AZ Humanities, invites you to join us for two great presentations in November and December.

On December 13, learn about Arizona in the movies.  Andy Devine, Tyrone Power, Katy Jurado, Steve McQueen and, of course, John Wayne. From the earliest days of film, Arizona has been a setting and subject for hundreds of films. 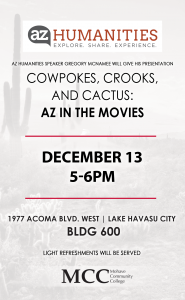 Some, like Junior Bonner and Red River, are considered classics, others, such as Billy Jack and Evolution, surely less so. Some may even be classics in the making, from Tombstone to Near Dark. In this entertaining talk, Gregory McNamee, a frequent contributor on film to the Encyclopedia Britannica and former columnist for the Hollywood Reporter, looks at the Grand Canyon State on the silver screen. Gregory McNamee is a writer, editor, photographer, and publisher. He is the author of forty books and of more than five thousand articles and other publications. He is a contributing editor to the Encyclopedia Britannica, a research fellow at the Southwest Center of the University of Arizona, and a lecturer in the Eller School of Management, also at the University of Arizona. For more about him, visit his web page at www.gregorymcnamee.com.

What: Cowpokes, Crooks and Cactus: AZ in the Movies

On November 8, Laura Tohe will present “Armed with Our Language, We Went to War: The Navajo Code Talkers.” 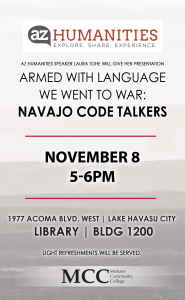 During WWII a select group of young Navajo men enlisted in the Marines with a unique weapon. Using the Navajo language, they devised a secret code that the enemy never deciphered. For more than 40 years a cloak of secrecy hung over the Code Talker’s service until the code was declassified and they were finally honored for their military contributions in the South Pacific by Presidents Reagan, Bush, and the Navajo Nation.

The presentation at MCC will include the Code Talkers’ cultural background, how the code was devised and used, photos, and how Navajo

Tohe is a Professor with Distinction in Indigenous Literature at Arizona State University and is the Poet Laureate of the Navajo Nation for 2015-2019.

Light refreshments will be served on the MCC Library patio.

What: Armed with Our Language, We Went to War: The Navajo Code Talkers