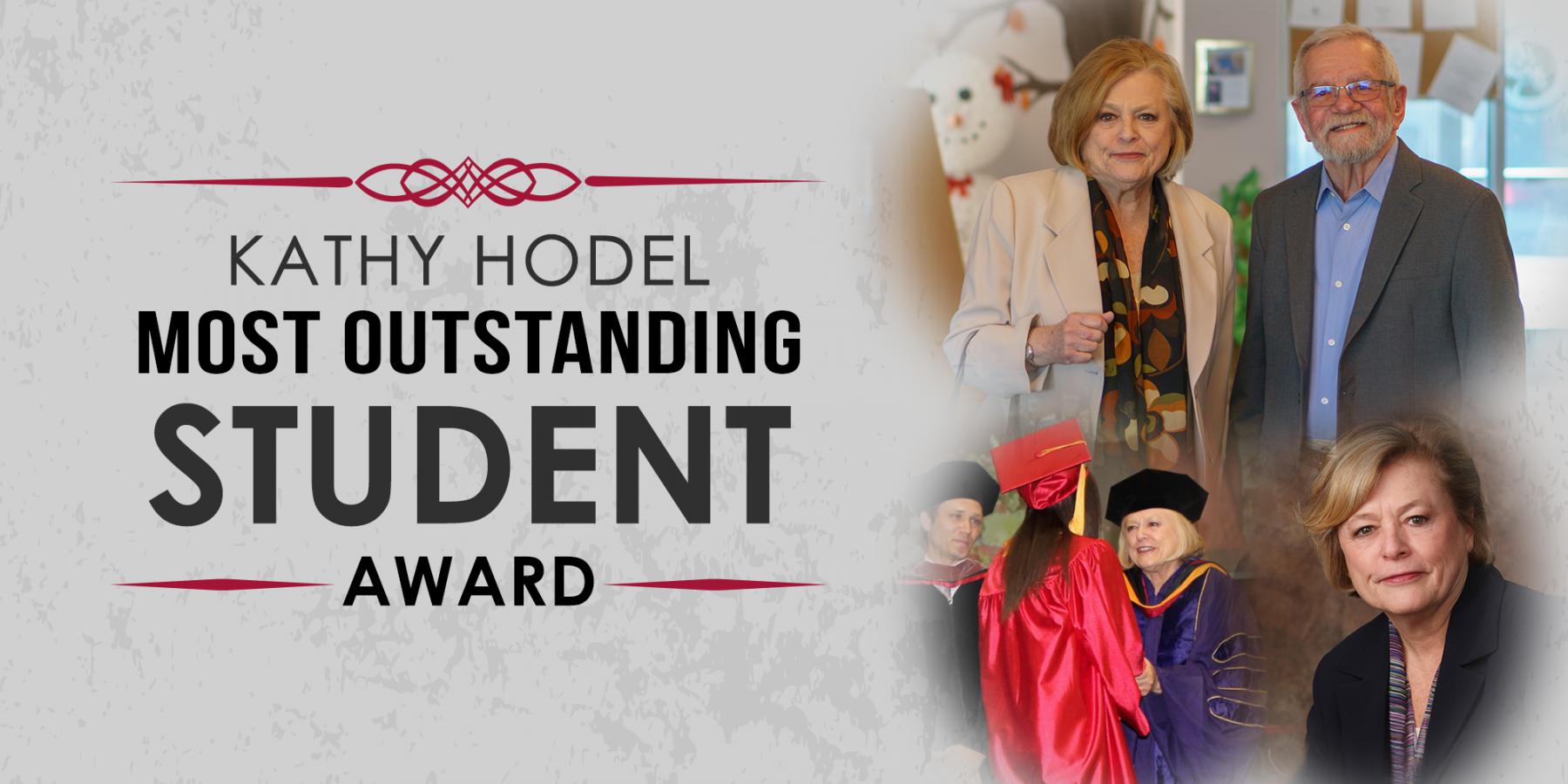 Mohave Community College will be awarding 527 associate degrees and certificates to 449 students this year, and one student will receive $10,000 at the college commencement ceremony on May 11.

The 2018 ceremony will feature the first annual presentation of the Kathy Hodel Outstanding Student Award.

A graduating student who excels academically and meets other criteria, including volunteer service in the community and at the college, will be awarded $10,000 cash.

“This is not a scholarship, it’s an award and the student can use the money however he or she wants,” said James Jarman, MCC spokesman. “MCC students who meet the award eligibility requirements can apply for it, and each year a winner will be announced at commencement and presented with a check.” 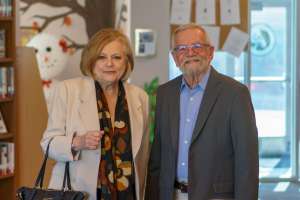 The name of the award honors Kathy Hodel, a staunch advocate and tireless fundraiser for MCC and other community non-profit organizations in Mohave County.

Money for the award comes from a $200,000 endowment set up by Hodel’s friend Dr. James H. Childe, who is also a former MCC business instructor.

Dr. Childe came to Mohave County 25 years ago from Lincoln, Nebraska where he was a successful attorney.  When his wife passed away, he decided to start a new chapter in his life and combine his passion for education and helping others.

“Education made me who I am, it changes lives,” said Childe, who along the way to becoming a successful attorney, also earned a master’s in business administration degree.

His wife had family property in Lake Havasu City, which he felt would help keep him connected to her while he started his new chapter.

Shortly after moving, he began teaching business classes at the MCC Lake Havasu City campus in 1993.

“I was instantly impressed with the quality of students that we have here at Mohave Community College,” said Dr. Childe, who retired from MCC in December 2012. “I had students where I can remember thinking to myself, this student could be doing well at Harvard, I mean they were that good.”

After retirement, he continued helping the college by working with the Lake Havasu chapter of the MCC Foundation, whose mission is to promote the growth, development and strength of MCC students, faculty, staff and programs.

He met Hodel through her work promoting the college and raising money for scholarships and the library on the Lake Havasu campus. She raised close to a million dollars for the library, which is now called the Hodel Library, in honor of Kathy and her husband Don. 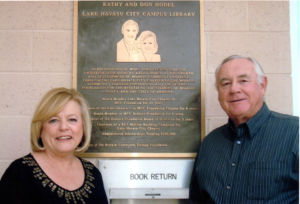 Kathy Hodel has terminal cancer, so Dr. Childe decided to honor her and MCC students by donating the money and setting up the award in her name.

“I’ve never seen anyone give so much of themselves for others as Kathy does,” said Dr. Childe. “That’s why the student who wins the Kathy Hodel Outstanding Student Award will be someone who, like Kathy, strives to help others.”

Both Childe and Hodel will be honored at the MCC Commencement Ceremony, and will also help present the $10,000 check to the first annual award winning student.

More information about the award and eligibility criteria is available online. For the time and location of the commencement ceremony head to the MCC Graduation Information Center.

MCC is also currently enrolling students for summer and fall classes.  Apply for free or call 1-866-MOHAVECC for assistance.