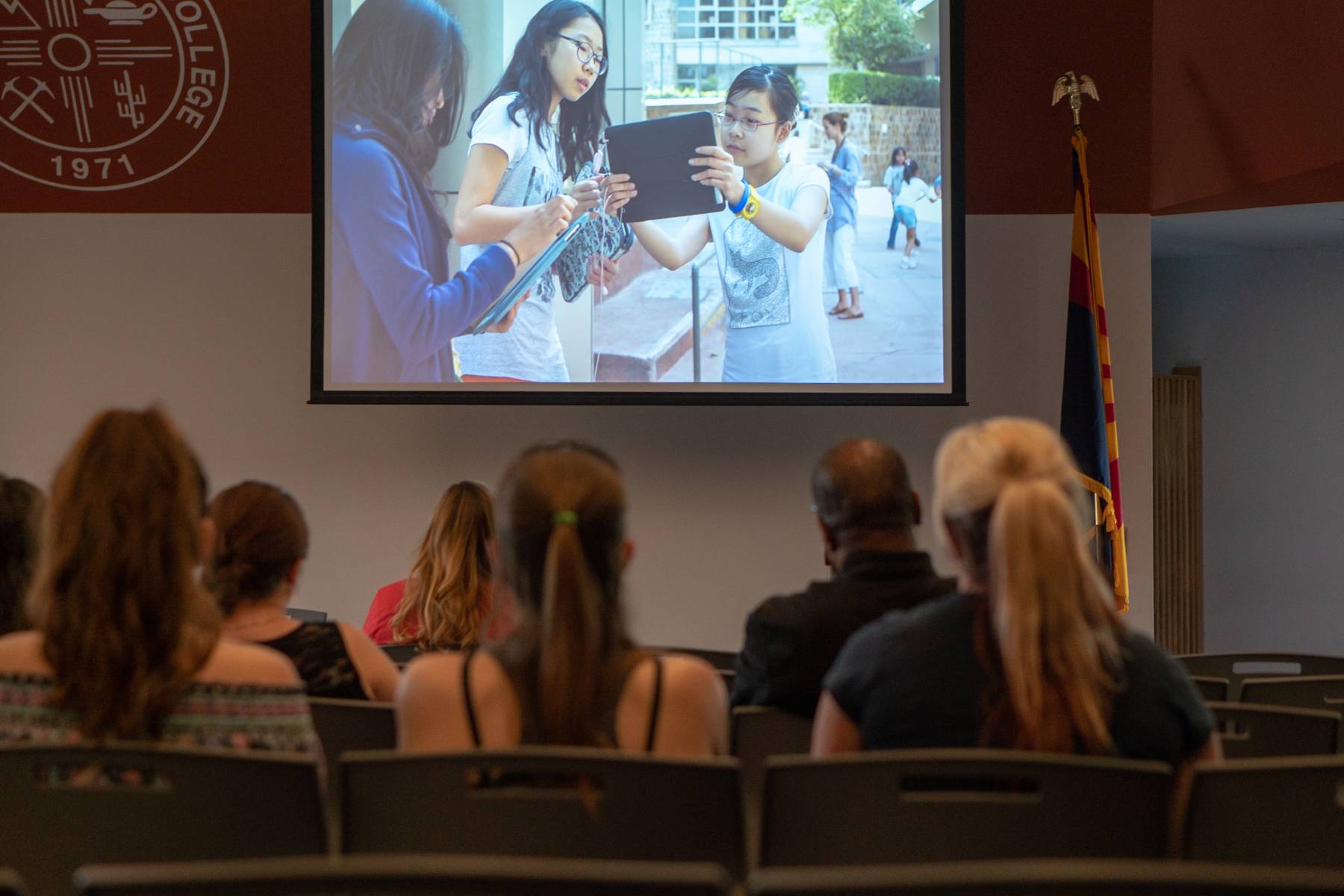 From Vanessa Espinioza, Kingman Daily Miner – The alarm goes off in the morning, you grab your phone to look at the notifications from Facebook, Instagram or Snapchat. You’re at the dinner table and you look up from your plate to see your family swiping through various social media accounts or playing Candy Crush instead of engaging in a conversation. Has this become the new social norm? Whatever did happen to engaging in face-to-face conversation? 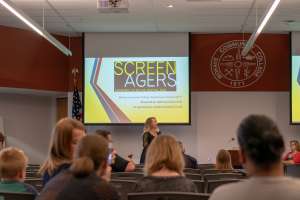 MCC Photo: Viewing of Screenagers documentary on 4/26/18 on the Kingman Campus.

“Screenagers” is a documentary about how parents are faced with the struggles over social media, video games, internet addiction and finding a balance between those and family interaction.

Dr. Delaney Ruston, a primary care physician and the director of the documentary, thought of the idea when her daughter’s flip-phone broke and she demanded a smartphone. That was the catalyst for Ruston to do some research on how screens were affecting the developing brain.

The Psyched Out Club, Student Activities Council and Dean Fred Gilbert at Mohave Community College-Neal campus are bringing this documentary to middle schools in Kingman.

Kayla Crowe, president of the Psyched Out Club, thought of showing the documentary as a club event, but then Gilbert decided to make it bigger and available to the public.

“At the end of the day, a smartphone is a tool, and if we are not using that tool correctly, like any other tool, we can get hurt by it,” Crowe said. 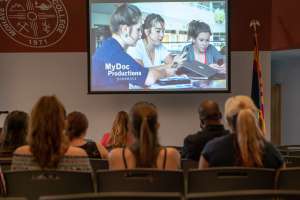 The goal is to bring awareness to the students that a phone is a tool for use and not for the tool to use the person.

“(It’s) the demographic that is still young enough to learn a habit,” she said. “(The) younger the bracket we can get to, the sooner this knowledge could become implemented and embodied.”

Read more about this in the Kingman Daily Miner.