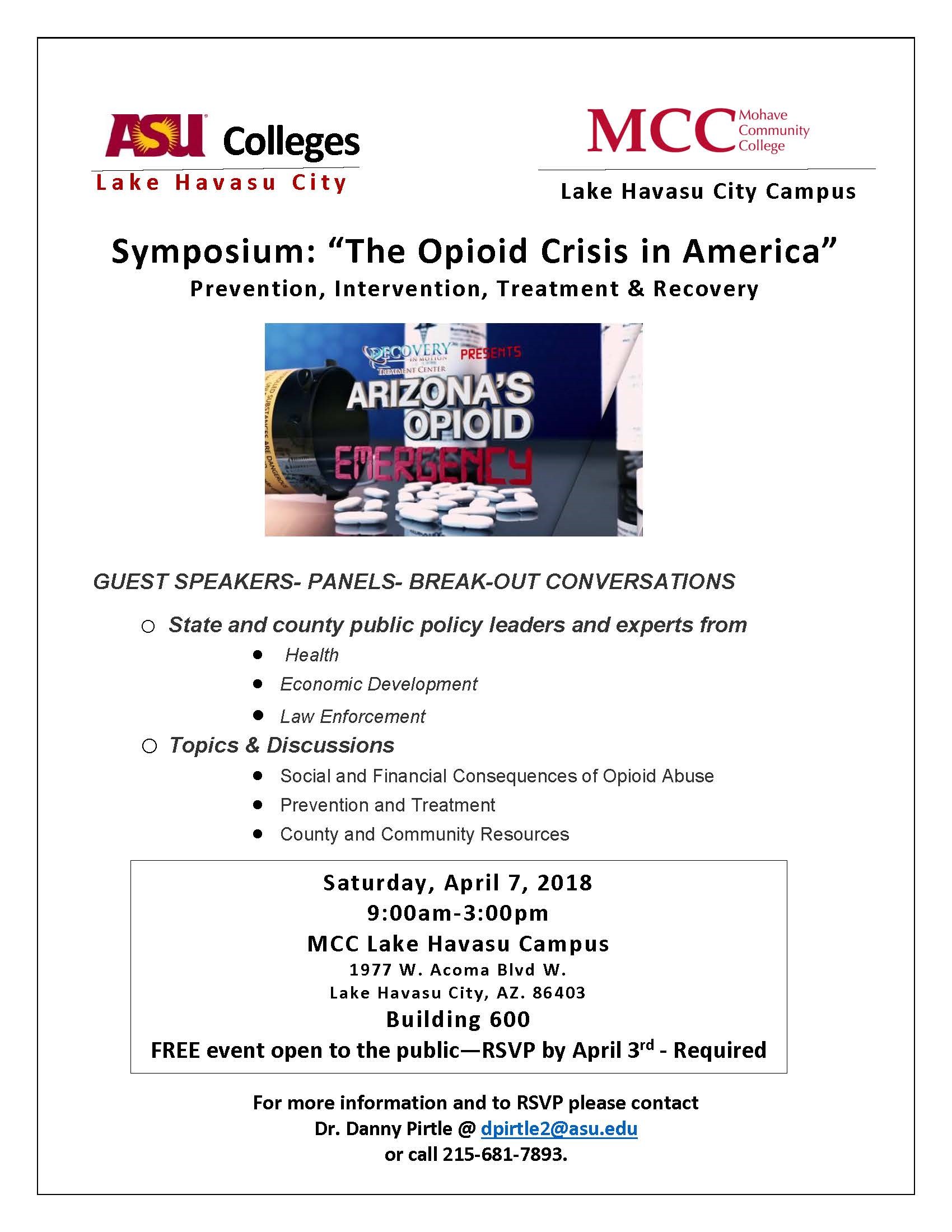 The Lake Havasu City campus is partnering with ASU Havasu to hold a symposium on Saturday April 7.

“This symposium will delve into the crisis that is hitting across America and here at home. MCC is pleased to partner with ASU to bring this issue to the forefront in our community, so the facts can be discussed and presented in a professional and caring manner,” said James Jarman, MCC spokesman.

Prescription and non-prescription opioid abuse has drastically increased since the late 1990’s. Over 42,000 people died from opioid abuse in 2016 and in that same year 11.5 million people misused opioids according to the U.S. Department of Health and Human Services.

What are opioids? Opioids kill the feeling of pain and increase the feeling of pleasure and using them incorrectly can be extremely addictive. What makes opioids even more dangerous is that our bodies build a tolerance to it. If an addict were to quit, begin to heal, then take the same large dose that they had taken before, his body could easily shut down.

When Lake Havasu City Police Sergeant Brian Jacobs visited our campus and gave a speech on safety, he also touched on the opioid crisis. He explained that in the late 90’s and early 2000’s, teens were getting into their parent’s medicine cabinets and stealing their opioid-based painkillers. After becoming hooked, they turned to black tar heroin, another opioid that gave them the same high, but stronger.

The symposium will discuss the consequences, prevention, and treatment of opioid abuse. It is possible that someone you know is dealing with this issue right now. Knowledge is power and the more people who are armed with knowledge, the more likely we can help put an end to this epidemic. The symposium is open to the public and will be held on Saturday, April 7 from 9:00 am to 3:00 pm in building 600.

See flyer below for more information.