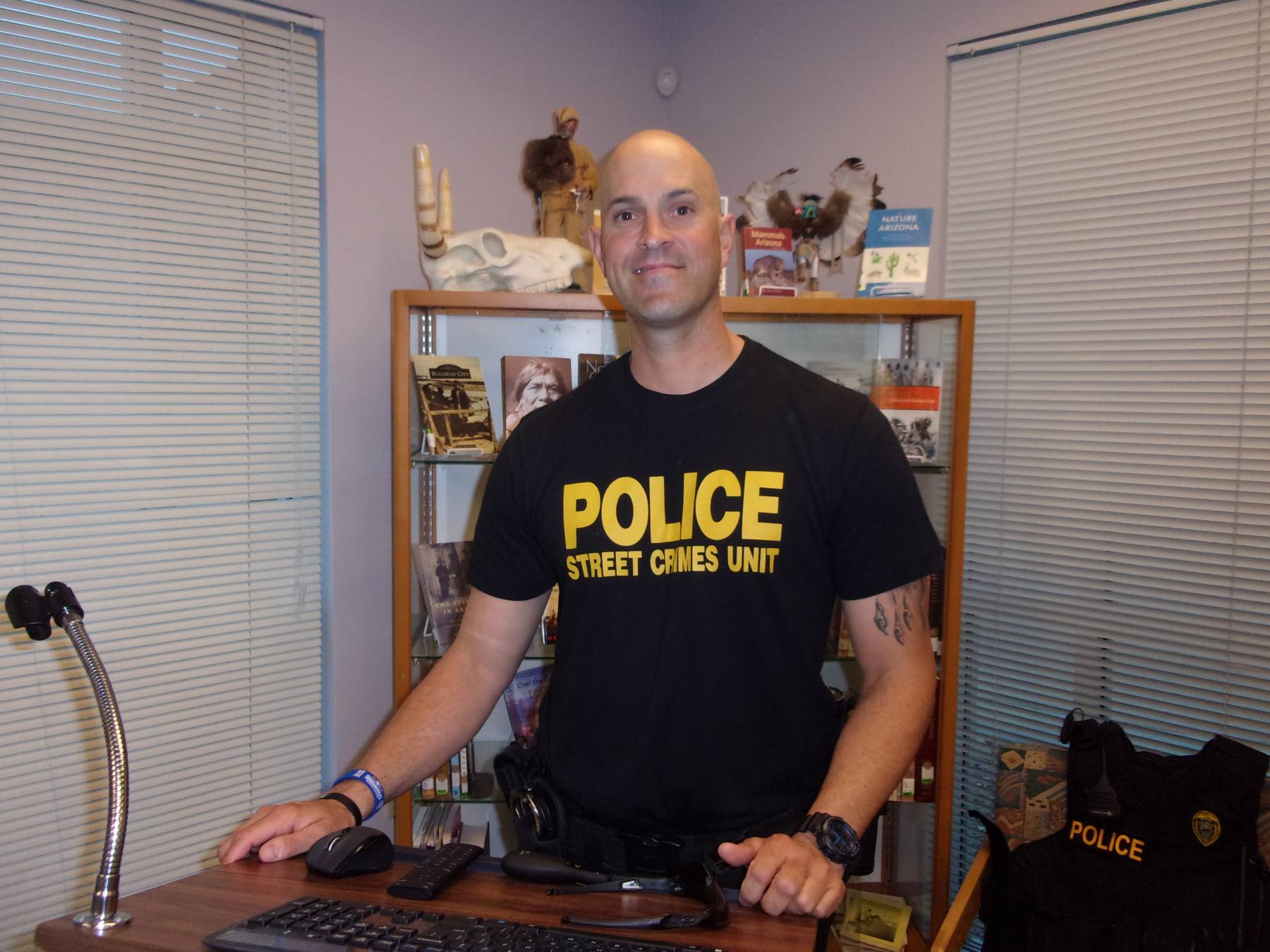 ‘No More’ week is over and we had a lot to talk about at the MCC Campus in Lake Havasu City.

The purpose of ‘No More’ week is to raise awareness and talk about domestic violence and sexual assault. On Wednesday, Lake Havasu City Police Sergeant Brian Jacobs paid us a visit and gave a very advantageous presentation on personal safety.

He talked about the heroine crisis in Havasu and explained how it started. Kids began stealing their parents pain pills, which became an epidemic in itself. This was the beginning of an opium-based addiction, the pain pill abuse graduated to heroine because, “black tar heroine became cheaper and more accessible,” said Sergeant Jacobs.

He also explained that theft is the highest crime in Havasu because of the heroine crisis.  People steal and pawn items in order to pay for their next fix. Some safety tips include always keeping your doors locked, whether the house or car, and don’t let landscape shrubbery get too big because  thieves can use it to hide.

“Trust your instinct, something I always preach,” said Jacobs on the topic of safety, especially for women. “If you think something’s wrong, don’t ignore it.” 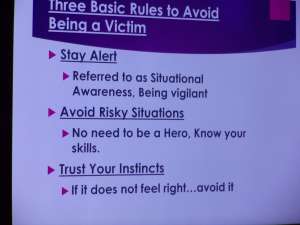 He told us the story of a woman who entered her building when it was not secure, which should have been her first sign something was wrong. As she walked up the stairs to her apartment she was carrying way too many items. A strange man offered to help her, just his voice gave her a bad feeling, but she chose to ignore it.  At times like this Sergeant Jacobs says, “lose your manners.” The woman was raped for three hours, before she managed to escape.

On to the hot topic of gun violence, remember: run, hide, fight.

Run away if you can, and do it and do not let others slow you down. Leave your stuff behind and get out.  If you can’t run, hide. Silence your phone’s ringer and secure any doors with heavy objects. Finally, if you cannot run, and you cannot hide, then fight. If you choose to fight though, you must commit. Ultimately, it is your life or theirs

Thank you so much to Sergeant Brian Jacobs for the informational and potentially life saving information you presented. And thank you for fighting to keep our town a safer place.