New scholarship will help students, honor MCC employee who “made the world a better place” 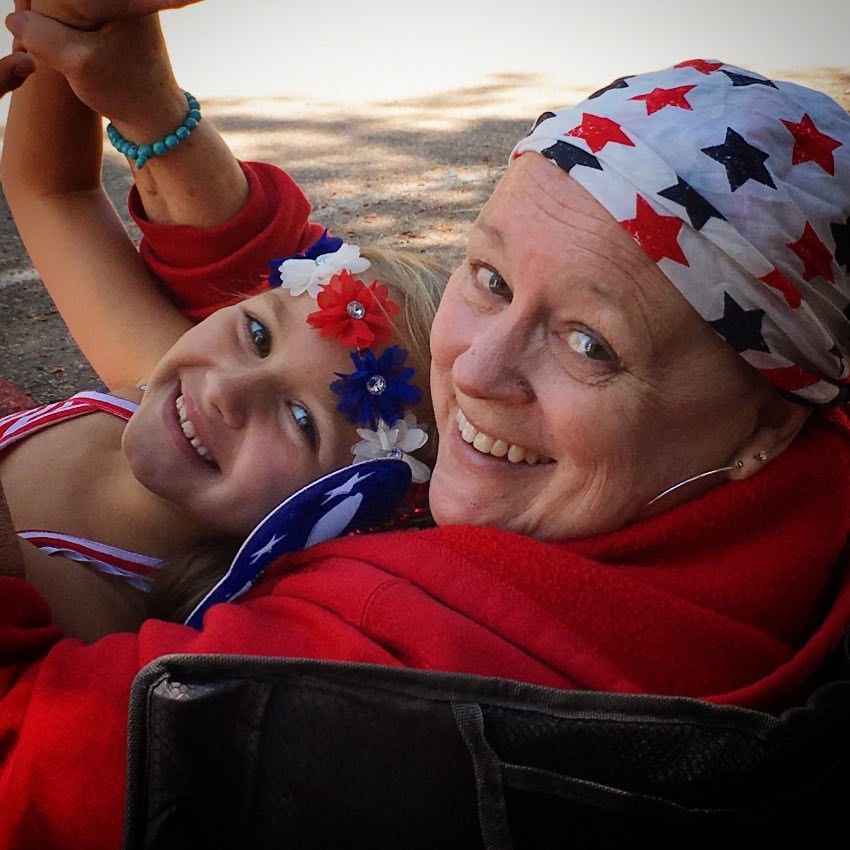 The memory of a Mohave Community College employee will live on, through a scholarship set up in her name.

Barbara Nelson-Simpson was the assistant to the college dean at MCC’s Bullhead City campus.  She bravely fought the cancer that took her life in the summer of 2016. 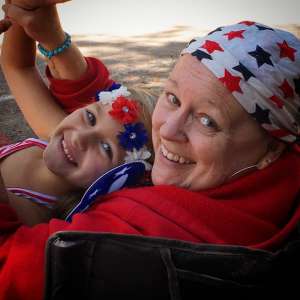 Barbara Nelson-Simpson with one of her four grandchildren celebrating 4th of July.

“If we lived in a black-and-white world, Barbara would have introduced color,” said Shawn Bristle, dean of the MCC Bullhead City campus.

Simpson was Bristle’s assistant for ten years, until her health forced her to retire in 2015.

“Barbara engaged the world with gusto and humor, transforming mundane interactions into memorable moments,” said Bristle. “She had that rare spark fueled by sincere goodwill and unstoppable humor that made the world a better place.”

The Barbara Nelson-Simpson Memorial Scholarship will provide support for students from the Bullhead City area who take courses at MCC. One student each year will receive $1,500, which covers more than 30% of the tuition for a two year degree at the college.

“We hope that the students receiving this scholarship will benefit from it and succeed in achieving their educational and future career goals, despite any hardship they may have experienced,” said Carol Van Alsten, Nelson-Simpson’s sister-in-law, who donated money for the scholarship fund.

The families of Barbara Nelson-Simpson and her husband Bill Simpson, who was an instructor at MCC, donated $30,000 for the scholarship endowment. 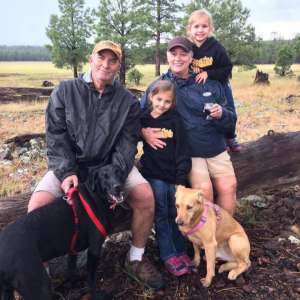 Bill Simpson, Barbara Nelson-Simpson, two of their grandchildren and their two dogs.

“If the endowment grows to the point that it can support more than one student each year, the families have asked us to expand it at that time,” said Carrie Kelly, MCC Foundation executive director. “If the amount of money grows to the point we can provide one student with a $2,000 scholarship we may also do that, and if the economy continues on this track it is possible that could happen sooner rather than later.”

The first Barbara Nelson-Simpson Memorial Scholarship will be awarded to a student for the Fall 2018 semester.  Students are encouraged to contact the MCC Foundation for application information.

If you would like to donate to the Barbara Nelson-Simpson Memorial Scholarship Endowment, or any other MCC scholarship fund, contact the MCC Foundation at 928-757-0846 or email mccfoundation@mohave.edu.