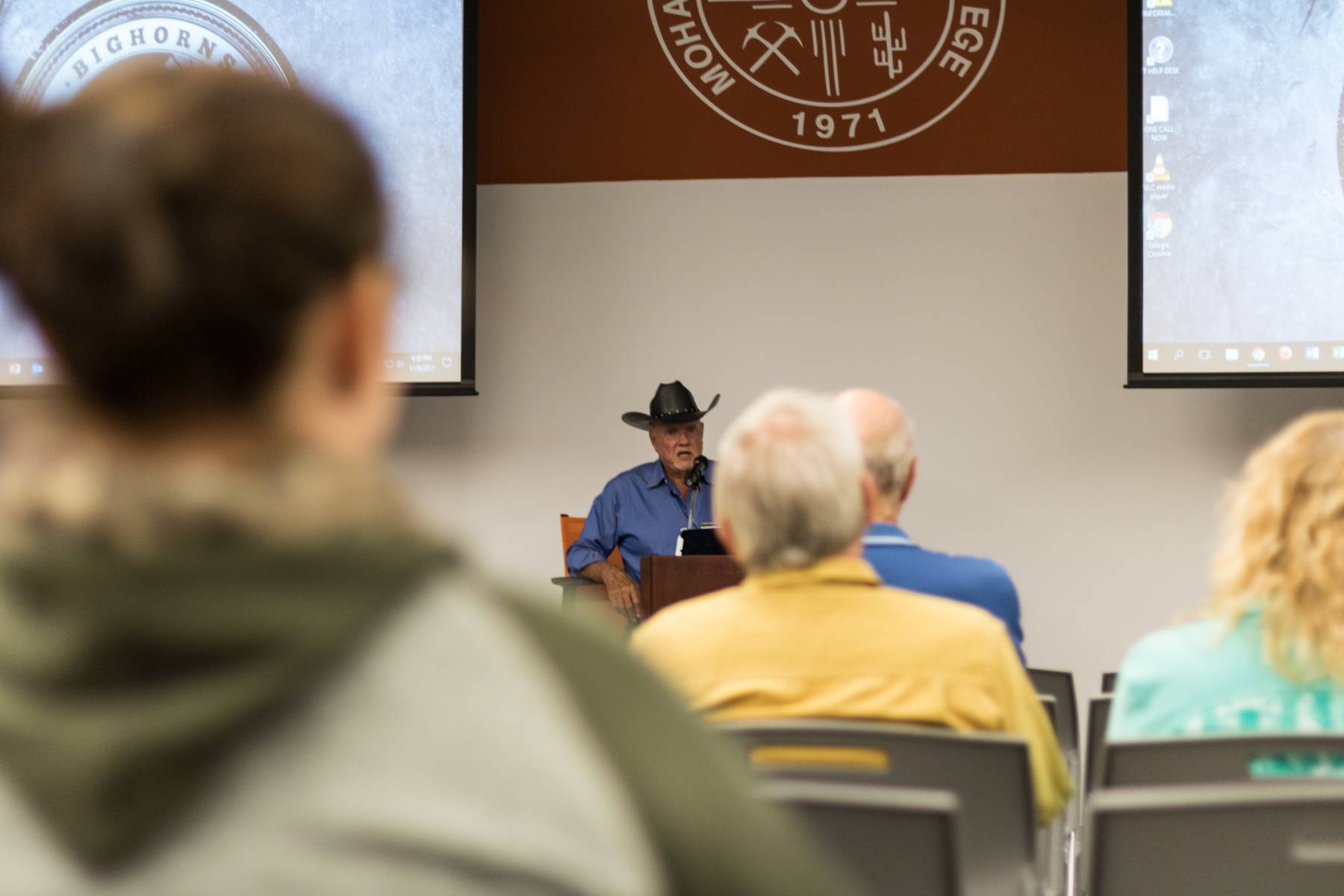 This past week I had the privilege of sitting in and listening to Mr. Alan Day and all the wonderful things that he has accomplished in his life. From growing up on his family ranch, known as Lazy B, to running several different ranches at a time, opening and running the first government sponsored wild horse sanctuary, and even writing 3 books. I think it’s safe to say that Mr. Day has accomplished many great things and seen some things that many of us can only imagine seeing or doing.

Mr. Day grew up on the Lazy B Ranch that had been in his family for three generations; after he Graduated from ASU Mr. Day returned to Lazy B and continued working it for the next 40 years receiving many awards throughout his career for his stewardship of the land. Mr. Day believed that “Happy Grass” was the key to everything and that if you treated the grass right, it would ensure you have happy healthy cattle and horses, a theory he had proven over and over again in his life.

In 1988 Mr. Day purchased a 35,000-acre ranch in the Sand Hills of South Dakota and it was this ranch that he knew was going to be special. Mr. Day knew about the wild horse over population and decided he was going to try to do his best to help so, Mr. Day opened his ranch to over 1500 wild horses from around the USA.

Mr. Day used a heard modification method that he learned on the Lazy B Ranch to teach the wild horses and gain their trust. When Mr. Day first received the horses he couldn’t even get within a mile of them, within only a few years of using the methods he learned on the Lazy B all 1500 horses would follow him around and now he could touch a few of them. Mr. Day’s ranch in South Dakota was the first government sponsored wild horse sanctuary in the world, a feat that took him many years filled with countless hours and months of strenuous work, and that’s not counting the paperwork.

As Mr. Day’s ranching days faded, he turned to writing and has since written three books to tell his many stories on the ranches he owned and operated. Mr. Day now spends his time residing in Tucson, Arizona and going from place to place talking and educating people on how the can help with wild horses and we couldn’t have been more proud than to host him at or very own college.

Thanks for coming Mr. Day, we look forward to your next visit and the many more things you can teach us!

(To learn more about Alan Day and the work he does for wild horses, click here.)