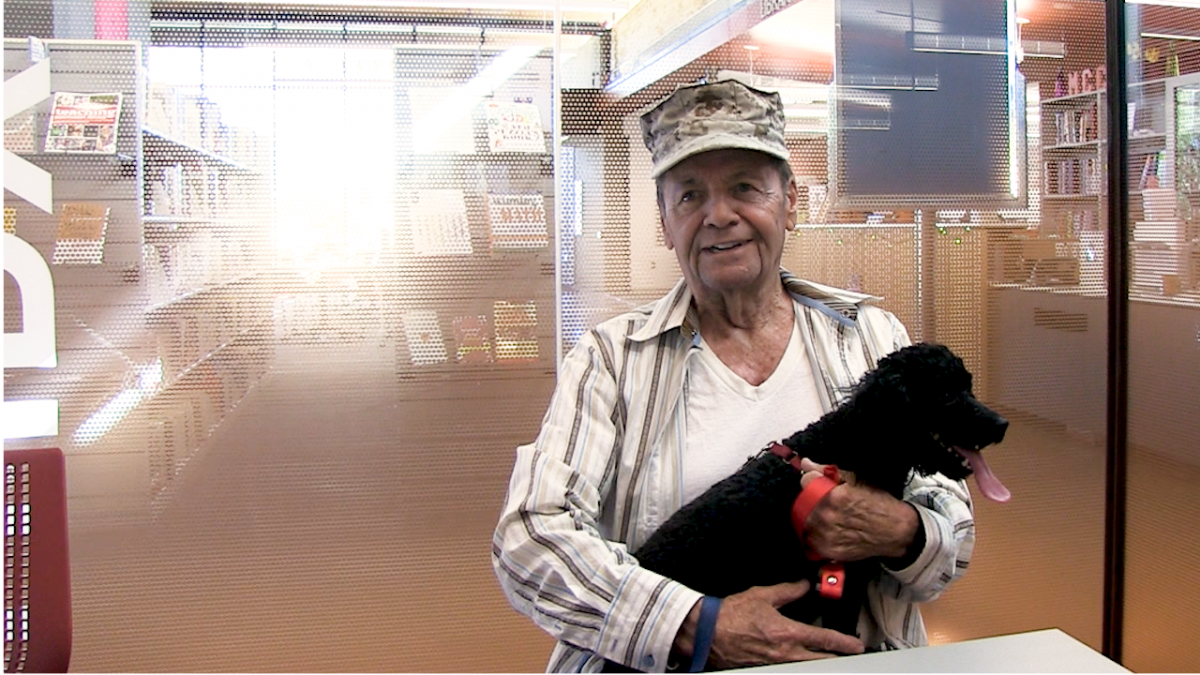 Many on the Neal Campus-Kingman have seen Rich and his best friend Atlas III around campus.  The two are nearly inseparable.

He is originally from New York, and enjoys swing dancing and freshwater fishing.  At one time, he was a professional ballroom dancer aboard a cruise ship.

He’s also a contributing author to the MCC OVIS publication. His non-fiction story, “Victory Garden” was published in the first issue of Ovis.

In 2015 Rich received the MCC Outstanding Student Award for his exemplary work in English 101.

As you’ll see in the video, Rich hopes to set an example for future generations by completing his associate’s and proving old dogs can learn new tricks.