MCC busy during the Halloween season, more events to come

Mohave Community College campuses were busy during Halloween season.  Several thousand people enjoyed fun and safe events at our campuses, as you can see from the videos below.

The Lake Havasu City Campus also had a blast in the London Bridge Days parade.  On the Neal Campus-Kingman the college held the Ovis release party.  Ovis is an online literary magazine with submissions from MCC staff and students.  For more information on Ovis email eroper@mohave.edu.

You can read more below from our Student Blogger who attended the Bullhead City Pumpkinfest.

If you have a campus event you’d like covered by the Mohave Wire, just fill  out the MPIO Request Form.  You can also request event promotion and check out other ways to help share the MCC story by visiting the Marketing & Public Information web page.

Keep an eye on our social media pages and the MCC Event calendar for more upcoming events.

Another success for the BHC Pumpkinfest!

This year several clubs, programs and community sponsors came together to keep the spookiness alive.  Student Activities Aouncil and Culinary came together and handed out goodies.

SAC purchased snacks and Culinary volunteered to help pass them out.  Culinary baked treats and the cake pops were a hit!   Candy and toys also were donated by the Mohave Community College Foundation & H&R Block. 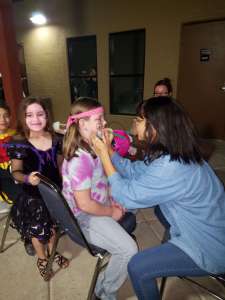 After kids were done playing the games put on by volunteers, candy and toys were passed out.  MCC Students and some local high school students volunteered to do face paintings. 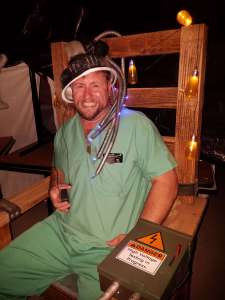 Dental went all out with their haunted house and pumpkin contest. (Curious for a picture of the winning carved pumpkin, contact the dental program.)

Did I mention the dance contest was a thriller!  The Youtube link is here https://www.youtube.com/watch?v=DbS-9i3UaFk&t=29s

Various clubs and programs participated their time in putting on games for the kids. Volunteers were assigned to certain stations and covered people’s breaks. This year it’s estimated that 3,000 to 5,000 people showed up. Think next year’s attendance will increase? Send me an email on your thoughts. What would you like to see at next year’s pumpkin fest? 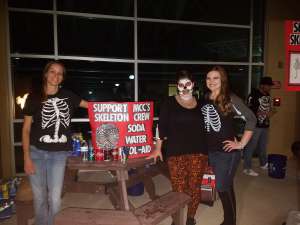 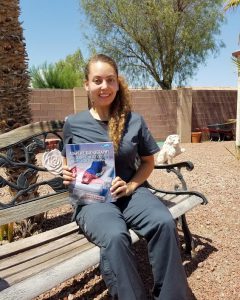