Lets Paint A Symbol In Silence To Diminish Violence 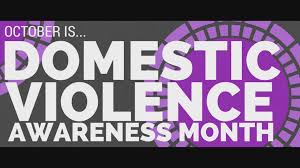 Attention Bullhead City campus supporters. October 2nd is almost here! We hope everyone will wear purple to raise awareness and support for domestic violence survivors. People frequently ask why purple is the color of support.

According to the nonprofit website domesticshelters.org, the color’s roots were connected to women’s rights even before the movement to stop domestic violence even started.

“The women’s suffrage movement utilized purple, white and gold in the early 1900s as those were the colors of the National Women’s Party,” says Rose M. Garrity, board president of National Coalition Against Domestic Violence (NCADV) and long-time movement member told domseticshelters.org. “The colors started over in England and symbolized purity, hope and loyalty.”

On July 9, 1978, nearly 100,000 advocates marched on the capitol in Washington, D.C. in support of equal rights. Many of them wore lavender.

“Battered women chose purple as an evolution of the lavender from decades past,” Garrity told the site. “It’s seen as a color of royalty and is already associated with females anyway.”

Purple is also used in the military – the Purple Heart is awarded to those injured or killed in action.   For survivors of domestic violence, who may also be wounded physically or emotionally,  the color is a symbol of peace, courage, survival, honor, and dedication to ending violence.

You can help raise awareness in the fight against domestic violence by wearing the color purple.  Photos for this event will be taken at the Bullhead City Campus Library. As a student, you don’t have to stop with wearing a color, the following links will provide you with information on how you can register with the National Network To End Domestic Violence Month (NNEDV). NNEDV is a way to connect supporters and survivors.  The organization will provide you with information on domestic violence, ways to help support victims, and locations with times of events raising awareness about domestic violence.