My blinker shuts off as I complete my turn into one of the Lake Havasu Campus parking lots, driving around and pulling into a parking spot. I grab my things, slam my door behind me, and walk towards the closest building.

I check my watch as I reach for the door handle; I made it just in time, I think to myself as I enter the room. Students chat as the instructor inserts a disc into the computer. I take my seat, and the instructor clears his throat as the opening titles of Vertigo appear behind him.

This is HUM 250, also known as Introduction to Cinema. This is the only film-related course offered at Mohave Community College. Many students enter the class, anticipating an easy, relaxed Humanities credit. How wrong they are.

“My goal is to ruin movies for you,” said Alan Hall, instructor of HUM 250 at the Lake Havasu Campus on the first day of class. The students laughed. He went on to explain that he hopes to make his students view films more critically, instead of being the casual movie watcher. “You’re going to annoy your friends, talking about that amazing dutch angle shot in that one part of the movie,” he commented jokingly.

In the classes since, he has made good on his promise. Discussions have turned from surface-level to in-depth analyses of the plot and cinematography techniques. The class has watched everything from films done entirely in Italian with English subtitling, to classic American Gene Kelly musicals, to black and white noir thrillers, to contemporary artistic films. They’ve learned words they never even knew the existence of, such as versimillitude and chiaroscuro. They know the difference between a dolly zoom shot and an establishing shot, the importance of three-point lighting, and how to spot a Mcguffin. 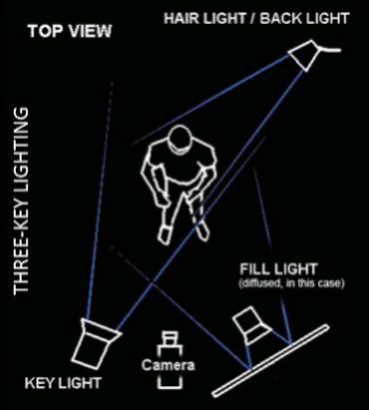 When asked what her favorite movie has been so far in this course, MCC student Autumn Tryon responded with “Moulin Rouge!”, the 2001 Baz Luhrmann film students were shown in the 4th week of class. So far, I personally enjoyed 2001: A Space Odyssey, the famed 1968 Stanley Kubrick film. And, to finish out this article, I’d like to share a quote from Stanley Kubrick himself.

“A film is – or should be – more like music than like fiction. It should be a progression of moods and feelings.”

HUM 250: Introduction to Cinema is available for both the Fall and Spring semesters at the Bullhead, Kingman, and Lake Havasu City Campuses. Head to https://www.mohave.edu/admission-to-mcc/ to apply to MCC today!